"What happens if...." Trump Wins in a Landslide | Blanchard and Company
My Account

Over the next six weeks, we present to you an in-depth Blanchard exclusive Presidential Election series. Please join us each week as we cover six hypothetical scenarios and detail potential outcomes for the economy, geopolitics, the stock market and precious metals if these scenarios unfold. We invite your 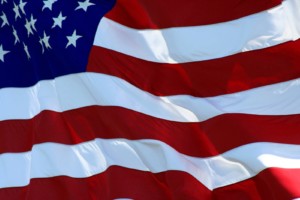 comments, questions and insights below in this interactive event.

It’s election night November 3, 2020. Millions of Americans are anxiously glued to their television sets. Many are filled with joy at what they see, while others are dismayed.

Turn on any network TV channel, any cable TV channel or even public radio – and you see and hear the same thing – a United States map covered in red, with only a couple of scattered blue states.

Wanting to make sure their votes are counted, American citizens turned out to vote across the nation IN PERSON and in droves.

That meant states were able to count ALL mail in ballots on Election Day itself.

At 11:47 pm ET, Joe Biden concedes, as the sea of red is irrefutable, as shown on even on liberal cable TV channels.

Trump wins back the White House without question – hearkening back to the 1984 election between Ronald Reagan and Walter Mondale. Then, of course, Reagan won 49 out of 50 states.

Once again, Trump surged from behind and wins the election, despite what the pollsters found in the weeks and days heading up to the election.

What will it mean for the economy, key government policies, the stock market and precious metals? We explore some of those questions here with hypothetical scenarios and invite your thoughts too! This election could prove to be one of the most momentous turning points in modern American history.

Investors pour money into risky assets with confidence that President Trump will keep in place the lower corporate tax rate, decreased financial and technology company regulations and will maintain pressure on the Federal Reserve to keep interest rates at zero percent throughout his entire term.

On election night, gold sells-off sharply, as investors pull out of gold and pour their money into the high-flying stock market.

Investors are in a risk-on mood, and they’d rather be gold sellers, not gold buyers.

Trump may follow through on his plans to cut taxes on the middle class (Tax Cuts 2.0), reduce the tax rates on capital gains, create a travel tax cut, and give businesses additional tax breaks. See the proposals here. While the stock market initially climbs on news of every tax break, the government debt levels continue to rise as economic growth remains weak, and government spending remains high.

Continue to Roll Back Regulations

Corporate America cheers President Trump’s second term confident that a friendly and low-impact regulatory environment will remain in place and new easing of regulations will be seen in a second term.

Annual budget deficits of over $1 trillion are forecast in a Trump second term.

The world is turning away from the U.S. dollar as the deficit climbs well past the $26.8 trillion mark (the level seen in September 2020). The CBO warnings may come true in 2021 – as the size of the U.S. debt topped that of the economy itself.

As the U.S. dollar sinks, gold gains favor once again and increases in value – with many on Wall Street targeting the $6,500 an ounce level before the end of Trump’s second term.

America’s high and rising debt matters because it threatens our economic future, the Peterson Foundation warns. The day of reckoning lies ahead and President Trump will be faced with tough choices around cutting spending – like on key Social Security and Medicare programs or raising taxes or both – before his second term ends.

Does the Federal Reserve attempt to solve those problems by simply printing more new dollars to pay the Social Security benefits? A move like this would further erode the world’s confidence in the U.S. dollar and create an inflationary future for Americans and help gold soar sharply higher.

Despite new tax cuts and zero percent interest rates, the U.S. economic recovery remains challenged. The recession is dragging on – as 1 in 3 Americans are unwilling to take the coronavirus vaccine, which has limited a return to airline travel and normal life. The economy limps along, as reduced consumer spending continues to restrain economic growth.

The United States moves away from its previous role in the world as a superpower, as President Trump doubles down on Make America Great Again in his second term. Already having pulled the United States out of key global alliances in the first term, he pulls inward even more to focus on domestic growth.

The result is that the global power begins to tilt more towards China –as that country makes incredible investments around the world.

Heading into President Trump’s second term, China was already the world’s second largest economy and the largest exporter by value. China has aggressively expanded its influence around the globe with investments in infrastructure in countries from East Asia to Europe – in order to expand its political and economic influence. The initiative called the Belt and Road Initiative (BRI) expands dramatically under Trump’s second term – as country’s in need know they can get support (both economic and militarily) from China.

The U.S. – China trade war deepens to new depths in Trump’s second term. And, China begins to pull back on buying U.S. Treasuries.

Interest rates begin to rise, as the U.S. government must offer a higher interest rate on Treasury securities to sell notes and bonds each month, which is needed to pay the interest on the ever rising debt levels.

Gold over the Long-Term

Over the medium and longer-term, the impact of rising U.S. government debt levels and slower economic growth from U.S –China trade war encourages investors to move back into tangible assets. Gold continues to advance to a new all-time high and hits the $3,000 an ounce level by the end of Trump’s first year in his second term.

Stocks over the Long-Term

In the short-term and days following the election, the stock market is ebullient and climbs in a knee-jerk reaction. Over the medium and longer-term, increasing levels of government debt, rising interest rates and falling trade levels from U.S. – China trade war weighs on economic growth here in our country – and pushes the stock market into a bear market.

How do you see a second term by President Trump playing out? We invite your comments below!

2 thoughts on ““What happens if….” Trump Wins in a Landslide”