The Federal Reserve raised interest rates three times in 2018. There could be more rate hikes on the way. Wondering how higher interest rates can impact your wallet? 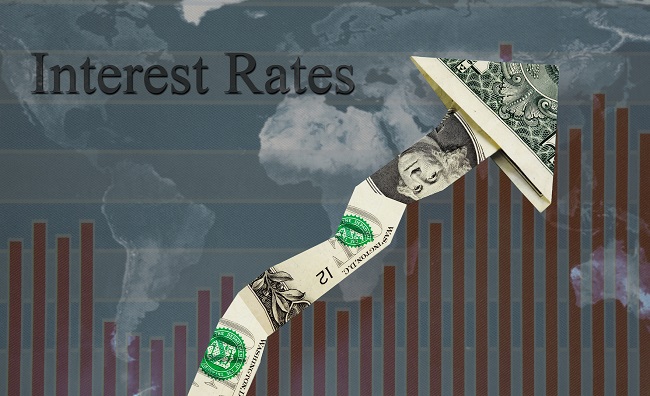 Higher interest rates can affect Americans in a variety of ways, from simple bank savings and CD accounts to home mortgages and credit card interest rates. Here’s what you need to know.

As the Federal Reserve raises interest rates, banks typically raise the interest rate they pay you on savings account and CDs.

Don’t get too excited. Banks move slowly, the returns are still low and barely keep up with inflation.

The national average for a 2-year CD stood at 0.94%, with a savings account interest rate at 0.09% in the week ending Oct. 19, according to Bankrate. Online banks typically offer slightly more competitive rates than brick and mortar banks. For example, Ally Bank currently shows a 2.50% return on a 2-year CD.

Bottom line: Savers can generate a little more return on their cash. But, the amounts are small.

Anyone who borrows money pays more for that privilege in a rising interest rate environment.

Anyone who carries a balance on their credit card from month to month, has already seen the interest on that debt rise at least three times this year.

Americans paid banks $104 billion in credit card interest and fees in 2018, up 11% from the prior year, and up 35% over the last five years, as Fed rate increases have been passed on to consumers, according to Magnify Money.

Mortgage rates already jumped in 2018 and will likely continue to head higher as the Fed continues to hike rates.

Other real-life impacts for consumers in a rising rate environment? Any college student taking out a new student loan will pay higher interest rates this year.

On the face of it, higher interest rates sound bad.

They do, in fact, trickle down to consumers and businesses with very real impact. In the big picture, however, the Fed’s official interest rate at around 2.00% is still extremely low – and well below an average rate of around 3.5 or even 4.00% and higher during healthy economic periods.

The unique circumstances the U.S. economy faced after the 2008 global financial crisis delayed the Federal Reserve from raising interest rates in a normal manner. The Fed kept interest rates low for so long in an attempt to keep the economy afloat when growth levels were much lower than normal in an economic recovery.

The best way for you to handle a rising interest rate environment is to understand the impact and make adjustments where you can.

Consider locking in a fixed rate mortgage (as opposed to a floating ARM). Pay off credit card balances every month, or shift debt to a 0% intro APR balance transfer card to get a break on interest. Rising rates can hurt in the short-term, but in the long-run they allow the Fed to get back to a normal situation, which will pay dividends during the next recession.