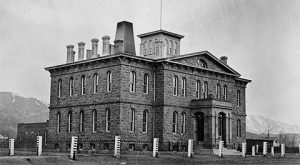 Check out our selection of Carson City Mint coins here.

Morgan Silver Dollars played a huge part in America’s early development westward. The dollar coin was minted by the US from 1878 to 1904, when production was ceased because the demand for silver dollars was low and the supply was plentiful.

In 1857, the brothers Ethan and Hosea Grosh discovered the richest silver deposit in American history—but died before they could record their claims. 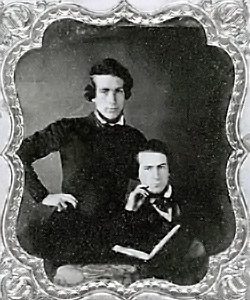 Hosea injured his foot with a mining pick and died of septicemia, and Ethan died of frostbite while crossing the Sierra Nevada Mountains. A prospector named Henry Comstock was caring for the brothers’ cabin, and when he learned of their deaths, he claimed the discovery as his own (and claimed to own the land on which the discovery was made).

When the news of silver went public, a rush of miners flooded the area. Virginia City, built on the motherlode, quickly boomed with people, theaters, opium dens, music halls, and gun fights. 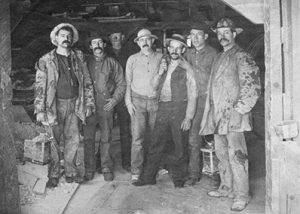 An interesting note about the silver rush: gold had been discovered in the area seven years earlier by immigrants on their way to the California gold fields. The mining was frustrating, though, because of a blueish clay that clung to picks and shovels. So people would just mine to pass the time until the snow in the Sierras melted, and then get going to the good stuff in California.

Turns out that worthless clay was silver of a high purity. (Oops.)

In any case, massive quantities of silver necessitated a mint, and at the height of the boom, the Carson City Mint was built to turn the silver into coins. It began operations in 1870 and its first minted coins were Seated Liberty dollars. In total, over the life of its operations, the Carson City Mint produced 57 different types of gold coins and eight coin denominations. The mint went on a four-year hiatus in the 1880s and resumed production in 1889, only to be shut down for good in 1893. Its formal mint status was withdrawn in 1899 due to the drastic decline in mining in the area, continued as an assay office until 1933, and is now the Nevada State Museum. 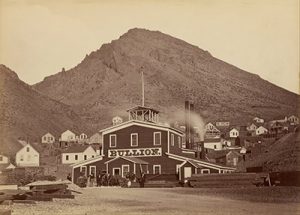 Since the Carson City Mint was open for only 19 years, its coins have high collectible value (and the Wild West allure helps, too).

Carson City coins enjoy both high demand and limited supply, making them a sound choice for collectors. One astounding example of limited supply is the 1873-CC No Arrows Dime—the last of its species. 12,400 were minted in a single production run and all are presumed melted and converted to Arrows Dimes. Except one, which made it into the famed Eliasberg collection and was sold for $1,880,000 in 2012. 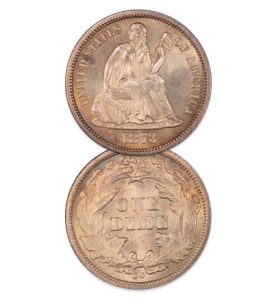 Looking for something slightly more affordable from the Carson City Mint? Morgan silver dollars are one of the most collected series of coins the US Mint has ever produced, and those from Carson City are especially sought after. There are only 13 coins in the series and building a set is attainable for many collectors (without spending a fortune).

Interested in building or adding to your Carson City Morgan silver dollar set? We currently have a few, select Carson City Mint coins and can track more down for you — give us a call and let’s get started!