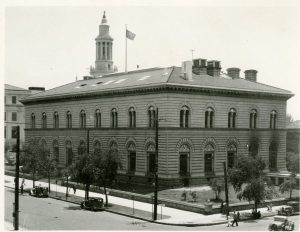 Check out some of our Denver Mint coins here. 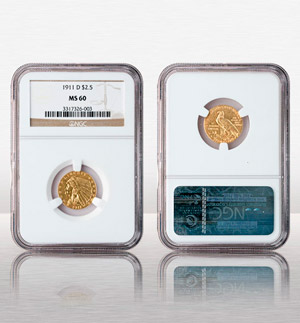 President Roosevelt wanted American coins to be among the finest in the world. Mediocrity would not suffice. To avoid conflict with Charles Barber, Roosevelt had sculptor Bela Lyon Pratt prepare models for the new quarter eagle and half eagle. Roosevelt loved the results, and ordered the Mint to strike coins as soon as possible. Although not universally accepted in its day, the Indian Head Quarter Eagle is considered to be one of the most beautiful coins America has ever produced.

The History of the Denver Mint & Its Coins

When gold was found in Colorado in 1858, the population exploded with miners, merchants, and settlers. An estimated 100,000 people participated in the wild rush for gold that lasted a brief three years—but was, many believe, the largest gold rush in American history. A year after the discovery, the city of Denver was founded.

With the town awash in gold, a mint was needed, it being time-consuming, dangerous (due to thieves), and inconvenient to ship gold to Philadelphia for minting and to wait for it to be returned as coins. Clark, Gruber and Company stepped in to fill the demand, founding a private mint. One of its most famous issues is a $20 gold coin with Pikes Peak (site of the gold) on one side and an eagle on the other.

Two years later, a United States Assay Office was founded when the government bought the private mint, paying for the purchase with money it produced on the spot. The office produced gold bars, not coins, for many years. In 1906, the office, now a branch mint, began coinage operations.

Routes to the Pikes Peak Gold Regions, circa late 1850s

In its first year of operations as a branch mint, the Denver Mint produced 2.1 million gold and silver coins with a total value of $17.9 million. It made gold quarter eagles, half eagles, eagles, and double eagles and a variety of silver coins. More recent Denver mint coins include Lincoln pennies, Kennedy half dollars, and World War II steel pennies.

The Denver Mint gained importance when in 1934, the federal government transferred one-third of America’s gold bullion from San Francisco to Denver—a more secure, inland location. The Denver Mint, along with West Point and Fort Knox, continues to store bullion to this day.

In the 1960s, there was discussion about whether to move the mint, which was getting short on space. After several years of debate, the federal government decided to leave it right where it was (go figure). 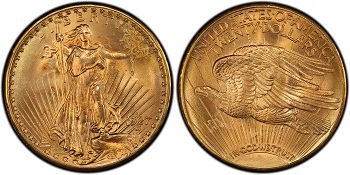 In 2008 the Denver Mint minted just over half of the coins for general circulation, and it also produces coin dies, commemorative coins, and uncirculated coin sets. Today, the mint has a production capacity of over 50 million coins per day. Should you ever find yourself in Denver, make sure to pay the mint a visit—it’s one of the most popular attractions in the city!

Many wonderful Denver Mint coins are available for collectors to choose from. The 1927-D Double Eagle, for example, is the rarest regular issue for the series and has sold for anywhere from hundreds of thousands to over $1 million. And then there’s the 1916-D Mercury Dime (the Winged Liberty Head Dime), only 264,000 of which were produced, making it highly sought-after—and counterfeited.