The Philadelphia Mint History | The First American Coin
My Account 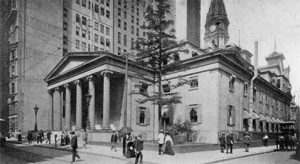 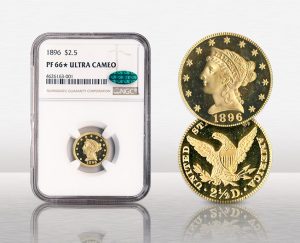 In the history of American numismatics, the Liberty Head Quarter Eagle has the distinction of being one of the longest-running coin types without a major change in its design. This coin remained the same for 68 years.

History of the Philadelphia Mint & The First American Coin 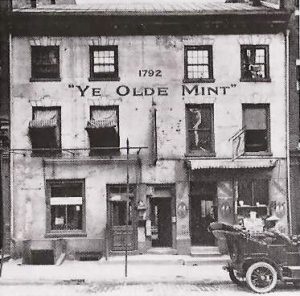 In 1792, the American Revolution was only nine years in the past. The United States of America was still a brand-new country, an idea and an ideal.

And as a new country, we had certain practical concerns to attend to: the states had to ratify the Constitution, a federal district to house the federal government had to be created, the financial system had to be stabilized, and taxes (regrettably) had to be instated. 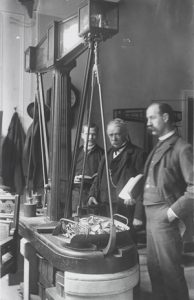 Weighing of silver, circa 1888

A pressing concern—and it had been for some time—was the minting of coins. We needed a national currency. Congress called for the creation of a national mint. At the time, Philadelphia was our nation’s capital, so the mint was built there, becoming the first federal building erected under the Constitution.

A fascinating coin produced at the Philadelphia Mint is the 1783 Nova Constellatio, the first American coin. During the colonial era, coinage was a smorgasbord: everything from official and unofficial locally produced coinage, other countries’ coins, and colony-specific coinage imported from elsewhere. Each transaction between colonies required complicated calculations dependent on the goods being exchanged and the particular currencies being used in the transaction. 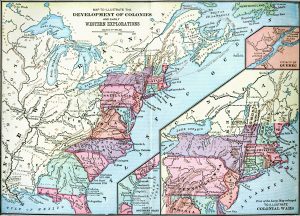 To create a national coinage out of this chaos, Superintendent of Finance Robert Morris investigated the various coins used in the states and their relative value from state to state in order to reconcile their monetary systems. It was discovered that with a decimal system, you could convert the state currencies into federal units, divide by the federal standard of 1440, and get the value in Spanish American dollars. Are you confused yet? Yep…it was a little complicated, and the scheme wasn’t approved. 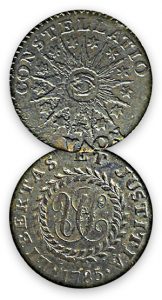 The creation of the Philadelphia mint was delayed another nine years, but one thing that emerged from Morris’ work was the first American coin, created in Philadelphia before the mint there existed. This pattern coin was created to support Morris’ proposed decimal system of coinage and is called the Nova Constellatio. It features an all-seeing eye of God surrounded by rays of glory, among which are interspersed 13 stars—a new constellation (Nova Constellatio) among the nations. Four of these pattern coins were exhibited at the ANA convention in 2013 and were insured for a whopping $15 million.

Phew! We can’t say we have any million-dollar Philadelphia Mint coins to offer you, but at the time of writing, we do have some stunners. Give us a call at 1-800-880-4653, and let’s see what we can find for your portfolio.