History of the first coins in America 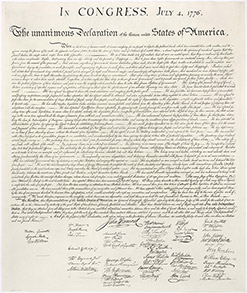 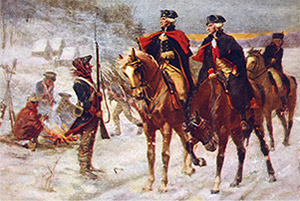 Gunpowder. Rebellion. The dawn of a new country.

Your entire world has changed. No longer do you live under the thumb of British soldiers. No longer are you subject to the whims of a king 3,000 miles away.

Now you live in a democracy. You and your fellow citizens fought for that right, and now you enjoy the fruits of that fight: self-determination, our Constitution, and the inalienable rights of life, liberty, and the pursuit of happiness.

Close your eyes and put yourself back in that time. Feel the pride that these new citizens of the United States must have felt in their country.

What symbols do you think of when you think of our democracy? Maybe the magnificent buildings and monuments of Washington, D.C. come to mind.

But for the everyday American at that time, something else would have represented our country even more: our coins. Instead of the Spanish dollars and other foreign coins that circulated during colonial days, now we used real American coins. 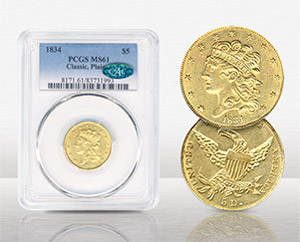 Imagine buying produce at a market, reaching into your pocket, and pulling out coins that bore the proud words “UNITED STATES OF AMERICA.” Coins that showed Lady Liberty, the bald eagle, and the 13 stars.

Imagine how proud that would make you feel. And what a new and exciting feeling that was.

How much has changed since that time? How have we, as a country, preserved and held steadfast to those principles? Wouldn’t we all like to get in touch with that pride and actually hold and preserve that pride? Early American coins (coinage minted from 1795-1834) can do that for you.

Now, you can own a piece of that American history: a coin that an early American, a patriot just like you, once held in his hand. The coin of a young, proud nation as it charted its new path.

The historical appeal of early American coins is immense, and so too is their investment appeal, due to their rarity. History and rarity combine to make these coins some of the strongest and most secure long-term investments around.