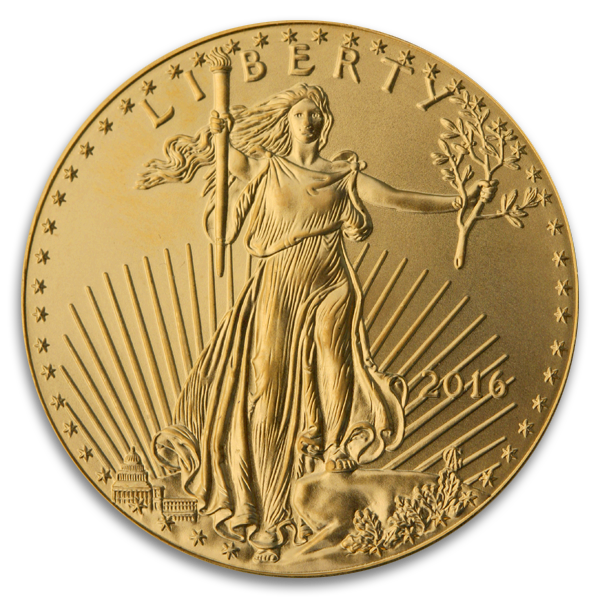 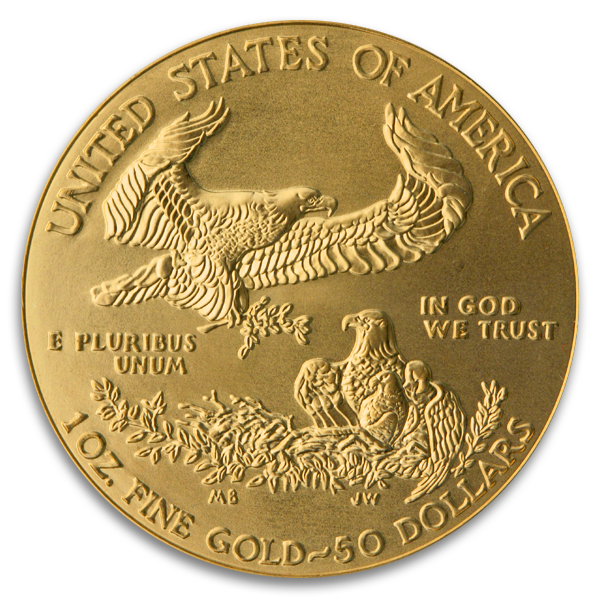 These American gold coins are the most popular of the U.S. Mint, and it is easy to see why.  Considered by many to be the most beautiful coin ever produced, the 1 oz. American Gold Eagle coin (BU) is the top-selling gold bullion coin in the world, offering a rock-solid investment in a rapidly fluctuating economy. Because the coin’s value often moves independently of stocks and bonds, it consistently holds its value to deliver investment stability, while improving overall portfolio performance.

Today, the modern Gold Eagles are a whisper of history, as they showcase the design that made its first appearance on American Gold coins in 1907. The obverse of the 1 oz. gold coin is adapted from Augustus Saint-Gaudens’ famed Gold Double Eagle design of 1907.  The gold coin design features a full-length Lady Liberty with flowing hair, carrying a torch in her right hand and an olive branch in the other. The reverse design, by Miley Busiek, features a male bald eagle in flight carrying an olive branch to his nest, which contains a female eagle and her hatchlings. The design of this American gold coin represents the strength and importance of American families.