For centuries people buried and hoarded coins for many reasons. 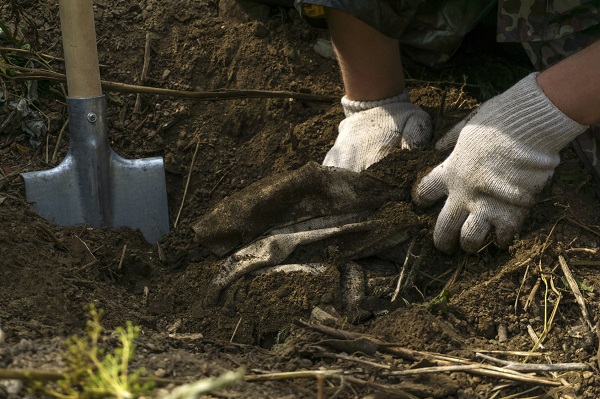 In ancient times, many coin hoards were buried during times of war. Other coin hoards began in the wake of the Great Depression by those who distrusted banks and paper money and preferred to store their life savings at home.

People who buried the coins typically planned to come back and retrieve the treasure, yet that wasn’t always possible. Even today, there are ancient coin hoards found in the Mediterranean region dating back to the Greek and Roman eras.

The discovery of a true coin hoard is an exciting numismatic event. It opens the door for collectors to obtain a rare coin perhaps even in mint condition. Here’s a look at the history behind three famous U.S. coin hoards.

In 1878, a notable hoard of silver coins was discovered in an underground storage area in Economy, Pennsylvania.

Around 1836, members of the so-called Harmony Society, which claimed to be a utopian work-share community sealed about $75,000 face value of U.S. silver coins in a vault and covered it in brick and mortar. Today, the communal group known as the “Rappites” would be regarded as a cult. The coins were found 42 years later, many blackened and tarnished from their years in the damp vault. Coins discovered in that hoard included 400 quarters minted from 1818-1828, 800 Flowing Hair Half Dollars minted from 1794- 1795, 3,500 Large Eagle Draped Bust half dollars minted from 1801-1807 and other assorted silver dollars and half dollars. After the discovery, a Philadelphia dealer bought most of the rarer pieces paying $6,500 for coins worth $4,000 in face value.

Ted Binion was the youngest son of casino tycoon Ben Binion, who opened the Binion’s Horseshoe Casino in Las Vegas in 1951. Son Ted grew up working different jobs at his father’s casino and was well-respected for his gambling acumen. Later in life, however, he began associating with a rough crowd, which ultimately led to the loss of his casino license and led to nefarious circumstances surrounding his death. In the wake of Ted’s passing in 1998, law enforcement officials discovered a 12-foot deep vault on his property in Pahrump, Nevada, which held roughly $7 million in treasure including over 100,000 Morgan and Peace silver dollars.

Many of you are probably familiar with the more recent Saddle Ridge Hoard, the largest discovery of buried gold coins ever recorded in the United States. In 2013, a married couple was out walking their dog on their rural California property. They spotted a rust covered metal can partially visible in the dirt. Upon further exploration they discovered the first gold coin of many. The 1,427 gold coins minted from 1847 to 1894 were valued at over $10 million.

Who knows why those gold coins were buried, or why they never came back to get their hoard.

Finding a coin hoard could happen to anyone. It could be a small coin hoard in an elderly relative’s floorboards or a buried vault on a rural property. Sadly, there are likely many coin hoards still out there today that may never be found.