4 Questions for Coin Collectors - Blanchard and Company
My Account

Part of the fun of coin investing is the rich history that comes along with each unique coin. 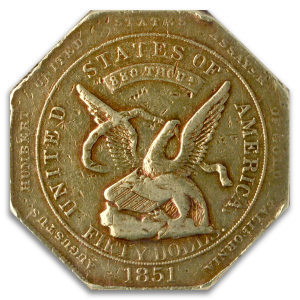 If you have been amassing your coin portfolio for some time, you may already know the answers to these questions. Just for fun, let’s test your coin IQ here. Dive in! Let us know your favorite fact about coins below!

Answer: In the midst of WWII, the U.S. Mint produced roughly 800,000,000 coins for friendly nations amidst the pressures and demands for coins during war time. The U.S. Mint forged coins for:

These coins (four copper and one silver) featured the likeness of Emperor Haile Selassie, who refused to bow to Benito Mussolini.

For the Arab nation, the U.S. Mint created silver riyals with intricate tracings.

The Philadelphia Mint struck Franc coins made from melted down shell cases.

A little history: In 1874, the Mint was authorized to manufacture coins for foreign governments, but during WWII that production hit historic proportions. Foreign nations faced an acute shortage of coins, just as demand escalated for coins amid the presence of large numbers of allied troops.

The Franklin half dollar and the Roosevelt dime were both designed by John R. Sinnock, and his initials appear below the shoulder.

Answer: During WWII nickel was removed from 5-cent coins. In 1942, the mint mark moved from the right of Monticello to above the dome to signify the substituted alloy. It was at this time that the Philadelphia Mint first struck “P” on coins forged in Philadelphia.

The practice of striking mint marks dates back to ancient Greece and Rome. In 1835, the practice began in the United States, as the nation’s growing economy demanded a fresh influx of coins. Early mints included:

What is the most interesting fact you’ve learned about coins during your time as a collector? Leave a comment below!

See Blanchard’s current rare coin inventory here.  For serious collectors, we have tremendous reach and respect within the rare coin industry.  If there is a particular coin or set that you are trying to build, our numismatists can help source your coins from collections around the world.

1 thought on “4 Questions for Coin Collectors”