A Brief History of U.S. Inflation - Blanchard and Company
My Account

You may have seen the inflation news this week. The U.S. consumer price index (CPI) climbed to 7% in December, its highest level since 1982. That marks the third month in a row with inflation above 6%.

This is a direct contradiction to the Federal Reserve’s prediction that “inflation would be transitory.” 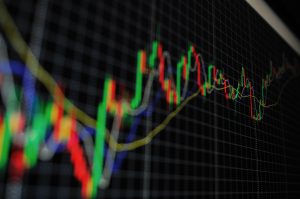 The inflation we are seeing today is the worst in 39 years. But it’s not hyperinflation. At least, not yet anyway.

When we talk about hyperinflation we often think of third world economies. Countries like Venezuela, Zimbabwe, and even Lebanon and Yugoslavia suffered from hyperinflation in recent years.

Could hyperinflation happen here in the U.S.? It may surprise you to learn that it already has.

The U.S. suffered three periods of hyperinflation in the 20th century, according to a Jan. 10 Barron’s article Whip Inflation Now? Good Luck With That.

When did these occur? The first two hyperinflation periods followed each of the world wars, and then there was the Great Inflation of the 1970’s.

After the First World War, U.S. soldiers returning home discovered consumer prices 80% higher than when they left, Barron’s reported. Soon after, our country fell into a depression. During World War II, President Franklin Roosevelt wanted to prevent that from happening again. The government enacted price controls or “caps” on many items like shoes, gasoline, coffee and meat. The CPI dropped from 10.9% in 1942 to 6% and then 1.6% and 2.3% in the three following years. However, once the price controls were removed, consumer prices soared higher, with food costs doubling by August 1948.

What caused the Great Inflation you may ask? Federal Reserve polices that allowed for an excessive growth in the money supply.

That’s exactly what we are seeing now. This chart reveals the growth of the M2 money supply. Notice the dramatic spike higher since 2020. The Fed already got “transitory” inflation wrong. Are they making another mistake with their expansive money supply policies?

While it’s thought the Federal Reserve does have the tools to fight inflation – raising interest rates – the cure can often be as troubling as the disease. Historically, fights against inflation have led to painful recessions and high interest rates.

When then Fed Chairman Paul Volcker attacked inflation at the tail end of the Great Inflation, interest rates soared to 19% in 1981 after inflation touched 14.8% in 1980.

The current macroeconomic conditions are unlike anything we have seen in decades. But, unfortunately, we can learn from history and remember that high inflation usually leads to painful recessions and stock market volatility.

If you are wondering what you can do, consider the history that gold has as a store of value. While your dollar’s purchasing power is declining as inflation rises, gold has been relied upon for a store of value for at least 5,000 years.

That’s a track record you can count on in these uncertain times. Do you own enough?