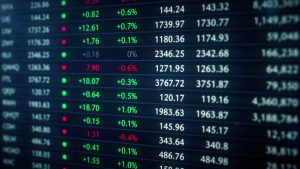 Students of financial markets history are well aware that, going back hundreds of years, market manias or bubbles, occur time and time again. What is a bubble? A bubble is an increase in asset prices based more on emotion than fundamentals. Bubbles form because of human psychology. But, it’s important to point out that bubbles also form because of Federal Reserve money printing, or easy monetary policy – which helps to inflate the bubbles.

Why do bubbles pop? In recent market history – Federal Reserve monetary policy tightening like we are seeing now in 2022 – has caused bubbles to pop. Here are a few examples.

The Nifty Fifty Bubble. A U.S. stock market bubble formed in the mid-1960s led by the so-called “nifty 50,” these were 50 large-cap stocks on the New York Stock Exchange that investors flocked to because of their high returns. For five years up until 1972, the nifty fifty stocks returned nearly 28% per year and over 43% in 1972. That compares to S&P 500 returns averaging about 6.7% for those five years, and a return of just under 19% in 1972.

Why did this bubble pop? The Fed began hiking interest rates aggressively to combat inflation.

U.S. Housing Bubble. During 2001, the Federal Reserve cut interest rates 11 times, pulling the benchmark rate down to 1.75% from 6.00%. This opened the door for one of the greatest housing booms in American history. From 2002 through 2005, housing prices across our nation skyrocketed as homeowners and builders took advantage of ultra-low rates. The housing bubble grew more complex as institutional players got involved with risky and complicated investments based on mortgage-backed securities.

Why did this bubble pop? As the Fed began to hike rates throughout 2005-2007 that deflated the housing market, which only worsened with the 2008 financial crisis.

Cryptocurrency Bubble. The debate is still out on whether the current cryptocurrency market is indeed actually a bubble and we won’t take sides on that issue here. There is still a case to be made for blockchain technology and the future of fintech. However, many cryptocurrency investors in 2022 sustained devastating losses, depending on when they bought into the market. Bitcoin prices are currently hovering around $16,500, that’s down from over $64,000 in November 2021. Like other examples, the Fed raising rates in 2022 has had an impact derailing the massive gains in the crypto market.

U.S. Stock Market. There are many who argued that the broader stock market itself was in a bubble during the multi-year run-up into the January 2022 high – fueled by years of the Fed’s near zero percent interest rate policies. Now, here we are – after six interest rate hikes in 2022, the S&P 500 is down 16% and the NASDAQ composition index is down 29%.

Your Playbook to Surviving Bubble Booms and Busts

Emotions are part of investing. When it comes to bubbles, investors learn a hard lesson about speculation. There’s nothing wrong with speculation. A lucky few can get rich that way. However, when you are speculating you can lose up to 100% of your investment.

The path to long-term wealth building may not be sexy, but it is a proven method, and that includes diversification into non-correlated assets like physical gold and silver. Throughout history, gold has served investors well – acting as a safe-haven investment and store of value. Portfolios that include an allocation of gold perform better than those without. If you want to speculate with a small portion of your portfolio, recognize it for what it is – speculation.

Conversely, when you buy physical gold you are investing in a proven asset that has been a store of value for thousands of years.

Gold remains one of the best-performing asset classes in 2022 – down 5%. Compare that to the 16% decline in the S&P 500, the 29% decline in the NASDAQ composite index, and the 13% decline in the iShares Core U.S. Aggregate Bond ETF (AGG), which tracks the U.S. investment grade bond market.

The Fed isn’t done hiking interest rates. That means the stock market bubble from the past several years isn’t done deflating. Stocks have further fallen and gold has been climbing over the past month. Before the stock bubble pops even more – consider using current market levels to protect your wealth with an increased allocation to gold.