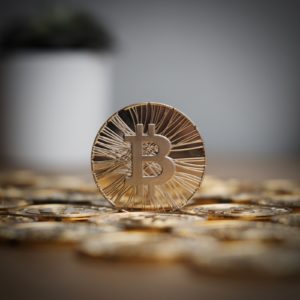 The breathtaking advances in technology continue to chip away and erode privacy.

Yet some Americans – especially younger people, have less concerns about the digital footprint that we leave behind with every internet search, text or even your exact geographical location every minute of the day (which is tracked by the location services feature on your cell phone).

Baby Boomers are very concerned (47%) about data privacy use on cell phones versus only 28% and 29% of Gen Z and Millennials, respectively, according to Statista.

You may be wondering – how does privacy relate to money and precious metals investing?

From Sweden’s e-krona to the Bahama’s Sand Dollar – more than 60 countries have experimented with national digital currencies over the past year, according to the Bank for International Settlements.

Some see a dark side to the emerging national digital currency technology.

Last year China began testing its digital currency in cities like Shenzhen, Suzhou and Xiongan. Chinese citizens invited to try out the electronic yuan received a link they could click on to get a balance of 200 e-yuan – which was then displayed in their bank app.

To spend the money, Chinese citizens scanned a store’s QR code, or gave a QR code to a retailer to scan.

Can you imagine if your money had an expiration date? And, you could only spend it within certain geographical borders or at specific places?

“The development of a hyper-centralized digital yuan would also create the world’s largest repository of financial transactions data, allowing the authoritarian Communist Party of China unprecedented access to ramp up surveillance of ordinary citizens,” Akram Keram, a Chinese expert at the National Endowment for Democracy wrote earlier this month in a Washington Post article.

The goal of the digital yuan is to replace cash used in everyday commerce.

One of the advantages of using paper money and coins is anonymity.

Even for law abiding citizens, it could be unsettling to know that a government is tracking (and controlling) every dollar or yuan that you spend.

The digital yuan “would give the Chinese Communist Party something that no government has ever had in history: The ability to monitor in real time the minute financial dealings of its citizens,” said Yaya J. Fanusie, an Adjunct Senior Fellow at Center for New American Security  and the author of a new report on China’s digital currency.

“The privacy concerns arise largely from the massive amount of insight a CBDC [central bank digital currency] would give Chinese authorities into its users’ financial data and behavior, as well as information about anyone who interacts with those users – including, potentially, American citizens,” Benjamin Powers wrote in a recent Coindesk article.

Governments could also just cut you off from your digital money.

“In a digital-yuan-consumed society, the government easily could suspend the digital wallets of dissidents and human rights activists,” Keram wrote.

China is leading the world in the push to take its currency digital. The country already ranks and blacklists citizens as part of its social credit system and digital currency could easily be connected to that system.

One of the many benefits of diversification into physical precious metals is discreet and private wealth accumulation and transfer. Gold bullion and rare coins are easily transportable and not tracked by any financial institution or government.

For estate planning purposes, with rare coins and precious metals, you can split your wealth among your heirs evenly, or in whatever proportions you prefer.

You can preserve your wealth in a way that is portable, secure, and private.

Many precious metals investors choose to store their investments in a fireproof home or business safe or a bank safe deposit box.

For the ultimate in privacy, some investors turn to the International Depository Services (IDS) of Canada, a precious metals depository in Toronto. Assets are stored here in an international personal custody account, which is off depository balance sheets and beyond the reach of the U.S. government.

Another option is the Strategic Wealth Preservation Storage Facility. The SWP is a precious metals storage facility located in the Cayman Islands. Independently owned and operated, this non-financial institution is the closest off shore storage option for North American investors seeking to internationalize their hard assets.

Advances in digital currency are coming. While you can’t change or stop these developments, when you invest in tangible assets like gold bullion and rare coins you get additional peace of mind that a portion of your assets are private.

1 thought on “An Often Overlooked Benefit of Precious Metals Investing”