Avoiding the Technopoly of Trendy Investments - Blanchard and Company
My Account

Today, more than ever before, we value technology. The more advanced and sophisticated a piece of technology is, the more we respect it. In his book Technopoly: The Surrender of Culture to Technology, author Neil Postman writes that we live in “a peek-a-boo world, where now this event, now that, pops into view for a moment, then vanishes again. It is an improbable world.” He continues that “it is only now beginning to be understood that cultures may also suffer grievously from information glut, information without meaning.” Though penned a quarter-century ago, these worlds hold particular relevance today as people navigate an ever-expanding labyrinth of investment products like cryptocurrency, ETFs and other digital offerings. His ideas prompt new questions for today’s investor; Does the novelty of an investment’s technology drive real or perceived value? 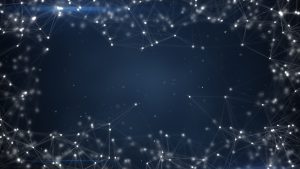 Many investors pursue outsized gains by seeking early investment trends. As a result, many investment products leverage their unique technological characteristics to position themselves as an emerging trend. When these products market themselves as bold, new alternative investments, people become transfixed by the notion that they’re standing at the doorway of “the next big thing.” In reality, however, the value will ultimately be determined by the underlying methodologies which are often as hollow as the investor’s misplaced value in the technology.

A study of fund returns and total net assets of more than 7,000 mutual funds from 1993 to 2014 illustrates the faultiness of placing value on the technological underpinnings of trendy investments. Researchers Jason Greene and Jeffrey Stark separated the collection of funds by sifting out those that included trendy terms. What did they find? As one journalist explained, “As you might expect, they found that mutual fund families attempt to attract assets by launching ‘trendy’ funds.” The biggest problem, however, is the performance.

The “trendy” funds “under-perform over their first five years compared to non-trendy funds, with the trendiest startup funds underperforming the least trendy startup funds by an average of 1.03 percent per year on a risk-adjusted basis.” Adding to this problem are larger fees (expense ratios). The “trendy” funds had a fees that were, approximately 0.20 percent higher than their non-trendy counterparts on average.

Meanwhile, investments like gold bullion, have enjoyed regular price appreciation over the decades because they exemplify the timelessness of an asset that doesn’t need to leverage an emerging technology as a selling feature. Rater, gold, in all its simplicity, is in stark contrast to tech-heavy products like P2P funds, cryptocurrencies, and smart beta ETFs. Demand for gold is not subject to the whims of technology or fads that inevitably fade. Instead, gold is a global currency that has roots which run deeper than the hot trend.

It’s ironic that the trendiness which propels an investment product is also often the agent of its demise. The reason for this dynamic is simple: a new, flashier trend takes the place of the last one. This phenomenon is in keeping with Postman’s assertion that unquestioned trust in technology serves “to make people believe that technological innovation is synonymous with human progress.” Question the trend.

1 thought on “Avoiding the Technopoly of Trendy Investments”