What do an NFL player’s salary and paying for a hotel on Mars have in common? 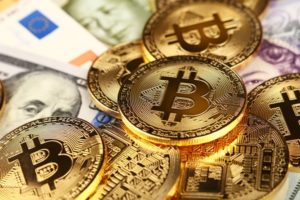 The unlikely answer is Bitcoin.

But wait…will that cryptocurrency be Bitcoin?

In fact, Musk suggested it could be the cryptocurrencies Dogecoin or Marscoin.

Many people don’t realize how many digital currencies there are!

As of January 2020, there are over 2,000 cryptocurrencies, Investopedia says.

That begs the question, if you are investing in crypto, how can you be sure you are betting on the right horse?

If you’ve been intrigued by Bitcoin and have even invested in it, you aren’t alone.

Everyone wants in on the action – even pro football players.

Russell Okung, a Pro Bowl tackle for the Carolina Panthers, tweeted back in May 2019 that he wanted to be paid a portion of his $13 million salary in Bitcoin.

While sports franchises do go to great lengths to keep their stars happy, this didn’t fly. “NFL players are paid in U.S. dollars,” a league spokesman said. However, Okung decided to convert 50% of his $13 million salary into Bitcoin.

Similarities and differences between gold and Bitcoin

For gold investors, it’s true. There may seem to be similarities between gold and Bitcoin. There are also important differences.

Gold. The physical metal has true scarcity – it is a physical commodity that must be mined from the ground. Eventually, we will run out of gold to mine, although when that will happen is still up for debate.

“While the growth in mine supply may slow or decline slightly in the coming years, as existing reserves are exhausted, and new major discoveries become increasingly rare, suggesting that production has peaked may still be a little premature,” Hannah Brandstaetter, a spokesman for the World Gold Council told BBC. As of now, the below-ground stock of gold reserves is currently estimated around 50,000 tonnes, according to the US Geological Survey.

Bitcoin. Scarcity has been one of the big drivers behind the recent speculative rally in Bitcoin.

Currently, the Bitcoin programmers have set a limit on the number of Bitcoins that can be mined at 21 million. But, unlike gold – there is no true scarcity.

“It’s possible that Bitcoin’s protocol will be changed to allow for a larger supply,” according to Investopedia. There’s nothing to stop the programmers from picking a new arbitrary number in the future.

A hedge against the U.S. dollar

Gold. Some gold investors are attracted to the metal’s proven diversification value and a hedge against the devaluation of the fiat currency. In the current era of Federal Reserve money printing, this is a legitimate concern.

Bitcoin. There’s no proof that Bitcoin will be a store of value, or that in fact governments won’t outlaw its use in the future – so it’s difficult to definitely say you can hedge against fiat currency with Bitcoin.

Physical gold and rare coins offer investors the unique benefit of privacy. Indeed, many trust attorneys and retirement planning professionals recommend bullion and rare coins as an efficient and discreet method of transferring wealth to the next generation.

Bitcoin. Not so much anymore. The U.S. government is getting involved and they now ask you a question on page 1 of the 2020 U.S. Individual Tax Return.

The IRS wants to know:

“At any time during 2020, did you receive, sell, send, exchange, or otherwise acquire any financial interest, in any virtual currency?”

“When you sign the form, it’s under the penalty of perjury,” Ryan Losi, a certified public accountant at PIASCIK, a tax firm told Yahoo Finance. “The IRS is just gathering the data, changing the forms to expressly say you did or didn’t, and setting the trap, so in the coming years, the hammer can come down.”

When you invest in gold, you take physical ownership. You can hold the gold in your hands. You can store it in your home safe or a safety deposit at a bank. Or, you can even elect to add physical precious metals to your IRA accounts.

Bitcoin. There is no physical ownership of anything. In fact, people have lost their Bitcoin to hackers, crooks and even by simply losing their Bitcoin private keys. Here’s just one story:

“A person in Switzerland had saved his Bitcoin private keys in a USB drive which he bought in 2009. In 2016, he transferred the file containing these private keys to his personal computer as the USB was on the brink of breaking. He thought he would buy another new USB and would save the files. However, before he could buy a new one and the software of the personal computer crashed and now, he had no back up of those private keys. The lost keys had the value of around $40000,” coinnounce reported.

There’s no doubt there’s a speculative mania unfolding right now. But, remember the Tulip Bulb Mania in Holland in 1637. It is, of course, one of the most famous asset bubbles and market crashes of all time.

They were just tulip bulbs – just like you’d buy at your local garden center. Yet, “at the height of the bubble, tulips sold for approximately 10,000 guilders, equal to the value of a mansion on the Amsterdam Grand Canal,” Investopedia says.

Surely there are many predicting that Bitcoin will continue to climb in value. But, is this just hype?

Nouriel Roubini, a renowned professor of economics at NYU’s Stern School of Business, told Yahoo Finance in late December that Bitcoin and other cryptocurrencies have no place in retail or institutional investor portfolios. He stated that Bitcoin is not a stable store of value, it’s not an asset and has no intrinsic value.

Others warn that the Bitcoin boom may not hold up for much longer.

“For all the reasons it’s a strong developing asset class, it may fail,” Gary Cohn told Bloomberg last month.

Cohn served as President Trump’s first National Economic Council chief, holding the post until April 2018, spearheading the successful effort to roll back taxes. Prior to that, Cohn served as president and chief operating officer of Goldman Sachs for 26 years.

Cohn explained the Bitcoin “lacks some of the basic integrity of a real market.”

What’s your next move?

If you’ve invested in Bitcoin, you’ve likely made a significant profit. Given the uncertainty of what may lie ahead – including Bitcoin potentially crashing to zero, it may be worth considering cashing out of your crypto position – or taking a portion of those profits and turning them into a proven store of value – like physical gold.

Check back soon. We’ll continue to analyze the environment for Bitcoin and present our findings. Learn more about the government’s regulatory appetite to get involved in the crypto marketplace. And we’ll look at what central banks are doing now regarding digital currencies and what that could mean for Bitcoin ahead.

We’d love to hear your comments and questions about Bitcoin below. Our portfolio managers are experts in the tangible assets field and are available to answer your questions and discuss the market outlook for gold and Bitcoin ahead. Please call Blanchard today at 1-800-880-4653.