Can It Get Worse for Bitcoin? - Blanchard and Company
My Account 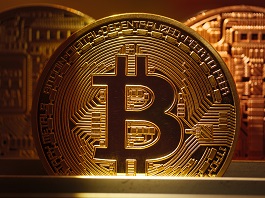 In the last three weeks, the price of Bitcoin fell 23%!

Looking back, anyone who bought during that speculative buying frenzy that unfolded in November and December 2017 that rocketed Bitcoin to $19,343 on Dec. 16, 2017 is deeply underwater now on that trade now.

The bubble burst, as all bubbles do. History is littered with bubbles famously starting with the Tulip bulb craze in Holland in the 1600’s.

The Bitcoin bubble of 2017 is just another one to add to the list.

What is A Bubble?

A bubble is an increase in asset prices based more on emotion than fundamentals.

Bubbles form because of human psychology.

Very simply, it’s human nature to want more. During a speculative bubble price run-up, people think: “if everyone else is doing it, I must be missing something. If others are continuing to put money into it, they must be seeing something I’m not and I better get in now before it goes higher.”

Emotions are part of investing. When it comes to bubbles, investors learn a hard lesson about speculation.

There’s nothing wrong with speculation.

A lucky few can get rich that way.

However, when you are speculating you can lose up to 100% of your investment.

Beyond the speculative risk, Bitcoin is a digitized investment – it is possible for you to lose your private keys or for a Bitcoin exchange to get hacked (both have happened).

Why Is Bitcoin Falling Now?

Chaos emerged in emerging markets in recent weeks. Turkey is in the early stages of what may well be economic collapse.

The Turkish lira skidded about 30 percent lower from the start of 2018. That means Turkey’s debt (more than $450 billion), which is denominated in dollars and euros, just got 30% more expensive to pay off.  That sent Turkish interest rates spiraling higher as investors demand to be paid much more to compensate for the higher levels of risk on debt repayment (or default).

Bitcoin fell too. Yep, Bitcoin is going down, not up.

So much for Bitcoin acting as an alternative currency asset during a crisis.

What does this imply? Bitcoin remains an unproven asset. The concept of a digital currency remains unproven, is still in its infancy and has many challenges to overcome before widespread adoption and use in daily transactions could become feasible.

Circling back to the title of this piece: Can it get worse for Bitcoin? The answer is yes.

Charts don’t lie. Bitcoin prices have been trending lower all year. The trend is down.

Bitcoin has attracted the interest of investors from hedge fund managers to high school kids who are mining for Bitcoins from the home laptop. If you are intrigued by Bitcoin, you aren’t alone.