Central Bank Digital Currency Is Coming: Are You Ready? - Blanchard and Company
My Account

Central bank digital currencies are gaining steam all around the globe. A total of 105 countries are currently exploring a CBDC, and 10 countries have already launched a digital currency, according to the Atlantic Council. 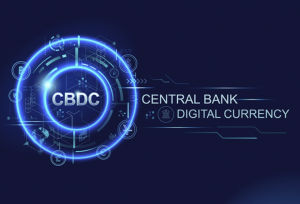 If you are wondering what a Central Bank Digital Currency is and how it’s different from cryptocurrency, like Bitcoin, you aren’t alone.

Here’s a simple definition of a Central Bank Digital Currency: It is a government-regulated and a government sponsored electronic currency which would replace printed paper money.

Central Bank Digital Currencies are backed by the full faith and credit of the government. This differs from cryptocurrency, like Bitcoin, which is decentralized and not issued by or run by a government entity. Simply put, a CBDC is a digital replacement for government paper cash.

China, in fact, began testing its digital currency – the e-yuan – back in 2020. Here’s how the initial Chinese tests worked: Chinese citizens who were invited to try out the electronic yuan received a link they could click on to get a balance of 200 e-yuan – which was then displayed in their bank app.

To spend the money, Chinese citizens scanned a store’s QR code, or gave a QR code to a retailer to scan.

1. The digital currency expired in a few weeks.

2. They could only spend the e-yuan within city limits and at select stores.

The Dark Side of Central Bank Digital Currencies

Can you imagine if your money had an expiration date? And, you could only spend it within certain geographical borders or at specific places?

Digital currency creates the potential to ramp up surveillance of its citizens and also limit how, where, and when you can use your money. Here’s what a few experts say:

“In terms of anonymity, there would not be complete anonymity as there is with bank notes” — Christine Lagarde, European Central Bank, 2022.

“The right to transactional privacy and anonymity is a bedrock of political freedom and democracy, and should not be abandoned as we transition to a permanently digitally connected society.” – Law professor Rohan Grey in 2021 testimony before Congress. “It is not difficult to envisage a future in which political donations, even within the United States, become increasingly subject to censorship and monitoring by those in control over the technological means of payment.”

Yet, major nations are ramping up Central Bank Digital Currency efforts. Of the Group of Seven (G7) economies, the U.S. and U.K. are at the back of pack on CBDC development. The European Central Bank (ECB), meanwhile, has already announced it will launch a digital euro by the middle of this decade.

Taken to an extreme, a CBDC with a digital ID creates the potential for a government to wield total financial and social control of its citizens. Governments could place permissions on what you can buy with your own money, add expiration dates and limits on where you can spend it.

The CBDC also creates a system where every transaction you make is recorded on an electronic ledger that the government owns.

Governments could also just cut you off from your digital money. A government could easily suspend the digital wallets of perceived political enemies or dissidents.

The U.S. Is Working On This Too

The Federal Reserve issued a white paper on CBDC earlier this year and it clearly stated: that any digital currency it issued “would differ materially from cash, which enables anonymous transactions.”

In September 2022, the U.S. Treasury took a big step forward as it recommended exploring the development of a digital dollar. Read the report here.

Wondering what you can do amid this changing landscape?

There is an often overlooked benefit of precious metals investment: Diversification into physical gold and silver offers extreme privacy.

One of the many benefits of diversification into physical precious metals is private wealth accumulation, transactions, and wealth transfer. Gold bullion and rare coins are easily transportable and not tracked by any financial institution or government.

For estate planning purposes, with rare coins and precious metals, you can split your wealth among your heirs evenly, or in whatever proportions you prefer.

When you invest in physical gold, you can store your wealth in a way that is portable, secure, and private – and recognizable and liquid in any country in the world.

Advances in digital currency are coming. While you can’t change or stop these developments, when you invest in tangible assets like gold bullion and rare coins you get additional peace of mind that a portion of your assets are private. That can give you flexibility for private transactions, portability, or wealth transfer as needed in the future.