Connecting “Frexit” to the Gold Surge - Blanchard and Company
My Account

In recent months, the characterization of gold as a desirable investment only during periods of flailing stocks has been upended. Despite positive economic data gold futures reached a three-month high of $1,230 per troy ounce on February 7th.  The simultaneous upward movement of stocks and gold is uncommon. Historically, investors seeking stability during equity market turmoil resort to gold. Given the enormous research behind this relationship, why have we seen both assets increase? Some have cited uncertainties stemming from Trump’s behavior as the reason for a flock to gold. However, political news from abroad may be more influential. 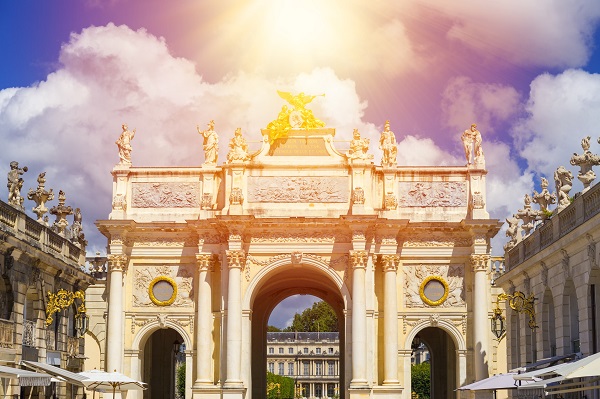 French populist leader Marine Le Pen has been resolute in her drive to break France free from the European Union (“Frexit”). Such a move would restore the franc as the official currency of the country. While this change is far from certain, the latest headlines are painting an increasingly clear picture of France’s future. Le Pen is the front-runner in nearly all the polls. Moreover, former French Prime Minister Francois Fillon who is also running for the same position is battling a scandal. In late January, investigative journalists in the country alleged that Fillon’s wife received large state payments for a job she never fulfilled.

How have French investors greeted these developments? Many are anxious. EuroNews reports “Investor uncertainty about France’s presidential election took its toll on French bonds on Monday, pushing up the premium investors demand for holding French over German government bonds to its highest in almost four years.” Meanwhile, “Investors have responded by piling into gold, sending prices up 7% this year,” according to The Wall Street Journal.

These political events invite comparisons to the aftershocks radiating from the Brexit decision. In early July, just days after the UK referendum gold surged to a two-year high resulting from concerns over the global economy. A similar phenomenon may be playing out in its earliest stages now. With the French election looming investors are growing nervous. Additionally, there is a significant difference this time around: Currency valuations will fluctuate if France jettisons the euro. This dynamic adds a layer of complexity that was not present during Brexit, as the UK has never used the euro.

World politics continue to exact growing pressure on financial markets. The international community is witnessing a significant retreat to nationalistic policies. If Le Pen is successful, it will mark the third decisive movement towards populism in less than one year. Many are beginning to view these events as the start of a chain reaction in which politics, rather than central banks, will be the key influencer of worldwide economic growth.

The lockstep rise of gold may underscore a pervasive notion that stocks are overvalued. While equity investors fared well in 2016 gold appears to be developing as an insurance policy. If Trump fails to deliver on infrastructure plans and a reinvigorated economy, these stocks may suffer under the weighted of their huge earnings expectations. In such a case gold will become even more valuable than it is today. With such uncertainty across the globe, there is one stable outlook; the quaking ground of our political landscape is unlikely to settle anytime soon. This continued turbulence will buoy gold and ultimately lift it further.