The Federal Reserve met today and delivered once again – a whole bunch of nothing. 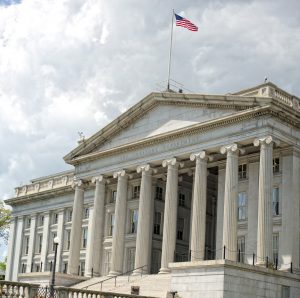 The Fed did not raise interest rates from zero percent and indicated it would keep on buying $120 billion in U.S. government bonds each month. The Fed said the U.S. economy continues to strengthen and that the recent burst of inflation is transitory. Really?

In fact, many economists are beginning to cite concerns about the recent slowdown in economic growth and rising inflation – often called “stagflation.” Despite the Fed’s upbeat outlook, recent data revealed that the U.S. economy actually cooled in June, with the Chicago Fed National Activity Index falling sharply.

Is the Fed right to hold its course – keeping its easy money policies in place? Many aren’t so sure.

News reports indicate that divisions are forming within the Federal Reserve and some regional bank presidents believe the Fed should start tapering its bond purchases.

You may remember, the Fed began buying $120 billion in bonds each month last summer in an attempt to stabilize the financial system and spur demand after the Covid crisis hit. Why should we care? The Fed bond-buying artificially depresses interest rates and essentially monetizing our debt (when Congress passes spending bills and the Fed buys our bonds to pay that debt).

Indeed, the house of cards gets more precarious every month – which highlights the value of holding assets like gold in your portfolio to preserve and protect your wealth in non-dollar assets.

What’s more – inflation is running really hot! In June, the consumer prices index soared 5.4% over the past year – and the Fed keeps its easy money policies in place. Fed Chairman Jerome Powell admitted today that “inflation is running well above our 2% objective.” Yet, they keep interest rates at zero percent. Never before in history have we seen a Federal Reserve so lackadaisical about inflation.

This is yet another reason investors might want to consider increasing their allocation to gold during these curious times. History shows that gold increases in value along with other commodities, like real estate, during inflationary periods. Gold is real money that can’t be manipulated by the Federal Reserve’s printing presses.

How high will inflation have to run before the Fed acts – and then will it be too late – without inflicting major damage to the economy? Don’t wait to find out. Your dollars buy even you more gold right now.

Gold is a bargain at today’s prices – well below its record all-time high above $2,063 an ounce. “Gold is relatively cheap so when you’re trying to think about that positioning, gold is definitely one that still has catch-up potential,” TD Securities’ Richard Kelly recently told CNBC.

As the Federal Reserve continues to ignore hard evidence of rising inflation and is a willing participant in the monetization of U.S. debt – gold will continue to climb in value in the future, while the government devalues the U.S. dollar via its money-printing strategy.

While you can’t count on the Fed to protect your wealth, you can act now with an increased allocation to tangible assets like gold and silver. Trading your dollars for gold is a smart money move.

In gold we trust.