People are getting scared. Forbes warns that “China’s Economy Will Overtake The U.S. In 2018.” Meanwhile, others are issuing equally dire warnings. Fortune stated that “China Says It Will Lead the World Economy.” For more than a decade major news publications have proclaimed that China’s rise to dominance is inevitable. In fact, the threat of China absorbing American jobs was a central issue our last presidential campaign. 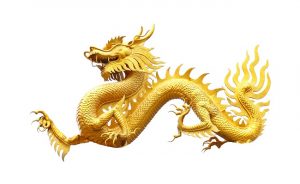 These concerns, however, ignore a key point that should lay many of theses anxieties to rest: we live in an increasingly globalized world. The rise of one could easily mean the rise of another. Why? “China dreads the wrath of an alienated Western middle class,” remarked The Atlantic. As major trading partners, the U.S. and China share more goals than most understand.

Why does this matter to gold investors?

Recently, the World Gold Council reported that gold “ETF inflows slowed sharply from the spectacular 2016 levels.” As we’ve explored earlier, gold ETFs, don’t offer some of the most cherished characteristics of physical gold. However, this downward movement in the ETF world can have ramifications for even those holding physical gold. Bad news right?

As ETF flows near a halt, bar and coin investment is up. Who is responsible for this restorative effect? China. In the third quarter, gold bar and coin demand spiked 17% year-over-year, and China was the largest contributor to this growth with demand up 57%. Moreover, China has experienced the second highest volume of demand for bar and coin investment on record. This news should delight anyone holding gold no matter where they live.

China’s renewed interest in gold comes amid two developments in the country. First, many fear an eventual devaluation of the yuan coupled with rising inflation. When concerns surrounding currency pervade a country gold often becomes a hot commodity. Second, while some new investment opportunities are opening to Chinese citizens, there are still relatively few to choose from. This scarcity of options is compounded by recent moves to restrict real estate investment in the country.

The ordinary investor living in the U.S. may have little regard for these sweeping trends in China. But, as the economy continues to globalize, “the butterfly effect” is becoming less of an abstract concept and more of an economic truism. Of course, the global economy is more complicated than the network of transactions linking the U.S. and China.

Consider, for example, that recent gold prices are supported by a 36% increase in bar and coin demand in Europe compared to the third quarter last year with Germany as a key driver of the total demand. The rise of economies in other countries does not necessitate peril in the U.S. As these increases to bar and coin demand abroad have shown, U.S. investors can benefit from the success of others when the asset is a globally accepted currency.