Ethereum and the Death Hoax Problem - Blanchard and Company
My Account

Russian born Vitalik Buterin is a promising youth. From a young age he displayed incredible aptitude for math, economics and even programming. He excelled as an academic. Eventual he became a recipient of the Thiel Fellowship, a grant of $100,000 offered to bright scholars. The selection rate for this privilege is less than 1%. Buterin used his grant to develop a project called “ethereum”, an open-source blockchain currency that sometimes goes by the name “ether.” 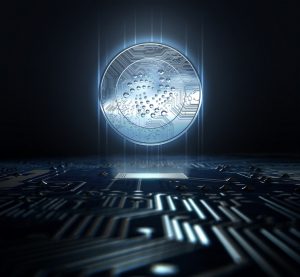 His work represents another step in the growing trend of cryptocurrencies, the most famous of which is bitcoin. Many investors are beguiled by the perceived security and modernity of such currencies. As solutions like ethereum have arisen to the mainstream more developers have incited initial coin offerings (ICOs) to fund the underlying systems needed to create new cryptocurrencies. With an ICO, early backers receive a percentage of cryptocurrency in exchange for capital. More programmers are joining the ICO party. In fact, we’re witnessing an average of 20 ICOs per month in 2017. This fervor illustrates a central problem with cryptocurrencies and ICOs; the excitement stems from novelty rather than reliability.

How reliable can a form of currency be if it’s easily upended by something as weak as a death hoax? In late June of this year several sites posted a story about Buterin’s untimely death in a car accident. The article was a complete fabrication. However, what happened next was very real. A flash crash sent values into free fall. Ethereum plummeted from $290 to just 10 cents. All it took was a rumour from a few unreputable bloggers. Eventually, Buterin squelched the news by posting an up to date picture of himself online.

With incidents like this in mind it’s easy to see why recently The People’s Bank of China announced that it will freeze all fundraising through ICOs. Part of this decision comes from a distrust of anonymous transaction systems that can be used to finance terror or exchange illegal goods on the black market. This decision also caused bitcoin and ethereum to tumble. ICOs appear to be less about bringing a revolution to the world of currency and more about bringing money to the pockets of founders. TechCrunch reported that “Chinese companies had raised $383 million from 105,000 investors during the first half of the year.” The real money rests with the people creating the offering, not the broader public.

Meanwhile, gold continues to offer a solution even the brightest Thiel Fellowship recipient cannot conjure. The metal is not subject to the whims of online pranksters, electrical impulses or opportunistic ICOs. Ethereum emerged from the pages of Buterin’s white paper and because it’s a construct on one person’s theorizing, it is subject to the same flaws that plague all ideas still in development. Gold, however, offers a tangibility that transcends code.

Even the most dedicated cryptocurrency investors would have to concede that volatility alone remains a problem. Even if one is “sold” on the future of cryptocurrency as an ongoing form of payment, the fact remains: it’s wildly unpredictable. As Bloomberg reported, “an asset that rises and falls 20 percent in a day doesn’t make for a good medium of exchange with which to buy coffee.”