Fed Hikes Rates, As Expected - Blanchard and Company
My Account

What did not come as a surprise to markets around the world, the Federal Open Market Committee hiked their benchmark lending rate last week by 25 basis points, or 0.25%, to the current rate of 1%. Fed fund futures traded on the CME showed about a 94% probability of a rate hike going into Wednesday’s announcement. 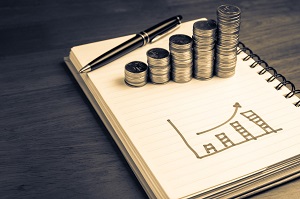 Despite the virtual certainty of a rate hike, there were dramatic moves in the financial markets across a wide range of instruments.

The S&P 500 immediately rallied after the announcement, and, along with the Nasdaq and Dow, finished the week with a noticeable gain of around 0.50%. “Stocks in general are much more attractive relative to other liquid asset classes,” said Diane Jaffee, portfolio manager at TCW, a Los Angeles-based asset manager with nearly $200 billion under supervision.

But stocks weren’t the only asset class that popped. On the fixed-income front, Treasury note and bond futures absolutely surged after the announcement. The yields on 10-year Treasury and 30-year bonds notes saw an instantaneous increase and finally broke a two-week-long losing streak.

For currencies, the US dollar index tumbled to the lowest level in over a month as a result of the Fed’s slightly hawkish outlook. The weak US dollar gave rise to higher gold and silver prices, as the most popular precious metals in the world are dominated in US dollars.

In terms of commodities, gold, silver, and palladium were all up well over 2% for the week to post the best week since February. Most of the losses for precious metals in the past couple of weeks have been recouped. Generally speaking, higher interest rates are bad for assets like equities and gold, because an increase in borrowing costs means it gets more expensive to borrow money to purchase these assets.

Nevertheless, the CEO of investment firm Amplify Investments said, “I am bullish on gold prices as I believe the U.S. dollar will continue to weaken.” From a global-macro perspective, a weakening US dollar is certainly not out of the cards, and this would ultimately benefit precious metal assets and other commodities, yet a weak dollar is not the only bullish argument for gold; global political uncertainty is definitely contributing to the rise.

Despite the gold/interest rate logic, investors seemed largely unfazed by the reality of an increased cost of borrowing. In fact, many interpreted it as an overall positive sign that the economy is finally normalizing and moving away from a zero interest-rate environment.

As noted in her speech, Fed Chair Janet Yellen expects the FOMC to raise rates at least two more times this year and at least three times in 2018. For reference, rates were only raised once in 2016.

Contrary to the current state of politics in the US and abroad, the state of US monetary policy seems to be pretty clear: the era of free loans is officially over, and policy is tightening to the direct benefit of stocks and dollar-dominated commodities, like gold.