Forecasting a Commodity Super Cycle - Blanchard and Company
My Account

In recent months speculative investments have commanded the headlines. Bitcoin, GameStop, EV manufacturers, and SPACs have all garnered interest from investors. Many of these investments present the opportunity for high returns, but with considerable risk and volatility. As the fervor surrounding 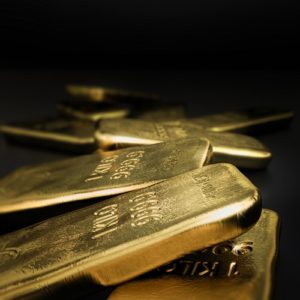 these investments has grown, investors seem to have forgotten older, more traditional investments like commodities. Today, they are starting to remember.

Some are beginning to forecast a commodities super cycle which is a long-term period of rising demand for a diverse group of commodities. Analysts like those at JPMorgan believe there are several catalysts for this super cycle. The first is renewed activity in infrastructure. Construction is likely to resume as more countries emerge from the pandemic. Moreover, Biden has made clear his plans to initiate an aggressive infrastructure plan. As a result, demand for metals used in these projects is expected to rise.

Second, the EV boom has resulted in surging demand for an array of commodities needed in the production of batteries. Lithium, nickel, and cobalt are just a few examples of the resources that will be needed to realize the renewable energy goals of the future. EV production is a powerful part of the commodity super cycle thesis because demand for these vehicles is high across the globe. In 2010 there were approximately 17,000 electric cars on the road globally. As of 2019 there were 7.2 million electric cars on the street according to the IEA.

Today, factors like lower borrowing costs, increasing inflation, a weakening US dollar, and even environmental policies are setting the stage for surging commodity prices.

The possibility of a super cycle has major implications for several kinds of investors because it would mean rising prices for oil, livestock, agriculture products, and of course base metals including gold and silver.

The question most investors have now is if the boom will be real. For researchers at Goldman Sachs things are looking very real indeed. “Looking at the 2020s, we believe that similar structural forces to those which drove commodities in the 2000s could be at play,” they explain. They have gone even further to project 30% growth for commodities as a whole in 2021.

While the popular, speculative investments of the moment are enticing few of them offer the long-term growth prospects present in a commodity super cycle. If the projections and forecasts come to fruition then commodity investors could benefit from price appreciation over a period of years rather than months. As with any high-return investment a commodity super cycle play requires a proactive approach in which assets are purchased early in the timeline so compounding can occur over the years.