The slaughter of an entire Roman province of 80,000. 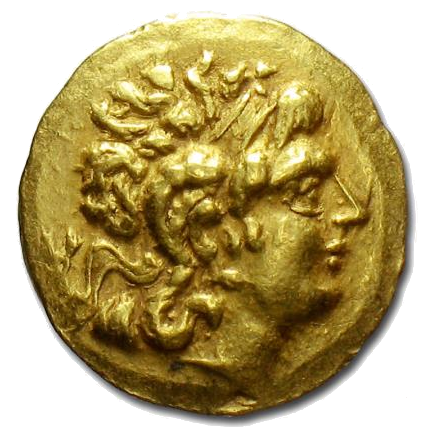 Who would do such things? Sounds like a villain out of Game of Thrones, right? Unfortunately, these acts are all too real. They were committed by King Mithridates IV, ruler of the Kingdom of Pontus.

Mithridates was loved by his people as their savior from Rome’s oppression. Rome, on the other hand, hated him as their most formidable enemy since Hannibal. For 26 glorious years, Mithridates evaded capture, immunized himself against poison by regularly consuming small doses, and won battle after battle against Rome.

His end came when his son led a rebellion against him and Pompey the Great defeated him in battle. But when Mithridates tried to commit suicide by drinking poison, his immunity worked … so he was killed by his foes instead.

You might not want to meet Mithridates in real life, but how does a coin from his rule sound? The coin’s reverse shows Athena sitting on a throne, while the obverse features a portrait of the deified Alexander, whose cloak Mithridates used to wear.

This gold stater dates from before the time of Christ: a true piece of antiquity to add to your collection now.