Gold and Climate Change - Blanchard and Company
My Account

The issue of climate change has long been politicized and the effects will be experienced by those on both sides of the political spectrum. In response, countries like China have committed to becoming carbon neutral by 2060. The U.S. has 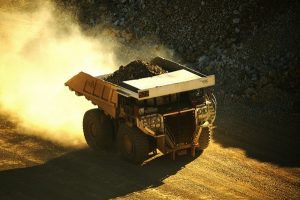 targeted a goal of attaining 100% carbon pollution-free electricity by 2035. These dramatic measures have left some gold investors questioning how the energy intensive nature of mining will keep pace with a changing world. A report from the World Gold Council offers some answers.

A key finding of their research shows that the emissions intensity of gold production is forecast to fall 35% by 2030. Accomplishing this decrease will require a move from conventional energy sources like diesel, coal, and heavy fuel oil to renewable resources. Those leading the charge on decarbonization will keep a close eye on mining operations given that they consume an estimated 11% of global energy.

Despite the commitment to reducing emissions there are considerable challenges ahead, namely the increasing scarcity of gold deposits. With every passing year it becomes more difficult to source new mines. As a result, there is an increased geographic dispersal of projects. This characteristic of mining today means that more projects are in remote areas leading to higher energy consumption as more resources are needed to yield a profitable output from new mines. This dynamic is a major reason why “the total energy consumption of the sector has risen approximately 23% over the last 5 years,” according to the World Gold Council.

Despite this rise there is reason for optimism. The same report found that of the 158 mines examined 104 were tied into the grid and that grid-sourced electricity represented more than half of the total annual power consumption. This has major implications for decarbonization given that those who do not have grid connectivity often resort to carbon-intensive resources to maintain their operations.

Meanwhile, technology is beginning to afford more creative options for sourcing gold without the need for a single drill. The world is awash in electronics that have gold components. It is estimated that only 15% of the gold within the tons of devices discarded every day is recycled. In fact, each year the world manufactures electronics that in total are home to $21 billion worth of gold and silver according to the United Nations University, a global think tank. Recent developments have led to a process in which discarded electronics can be subjected to an acid bath which leaches out the metals within and allows scientists to isolate approximately 94% of the gold dissolved from the circuit boards. It is likely that these methods of recycling gold will become more popular and more sophisticated as traditional mining faces challenges in totally moving away from carbon emissions.

Yielding gold in a carbon-free setting will require considerable effort in which numerous measures add up to meaningful change. The combination of a greater reliance on renewable energy, grid connectivity, and gold recycling can create a measurable difference.