Gold Fever in the Amazon Rain Forest: Those Who Hope To Strike It Rich - Blanchard and Company
My Account 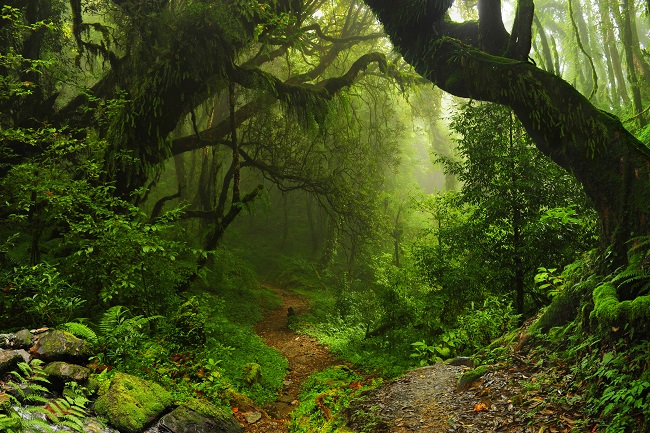 Open pit gold mining in the Amazon rain forest is path to a better way of life for maids, construction workers and farmhands who toil in hopes of finding a worldwide symbol of prestige and wealth: gold.

Known to Brazilians as Garimpos, these men and women work at unlicensed gold mines hidden deep inside the Amazon rain forest.

The Garimpos are often vilified in international news reports as the illegal gold mining has destroyed 1,700 kilometers of rain forest between 2003 and 2013. However, there is a human element to the story.

Gold, a valuable commodity that can be dug out of the ground, is the link for these Garimpos to the global economy and to greater wealth than they could have ever hoped for in their previous lives.

These wildcat mines are not sophisticated operations. The small crews work with basic tools to mine for gold that have been used for hundreds of years including pans, shovels and sluice boxes.

Near one frontier town called Crepurizao, miners in the area ship about 132 pounds of gold per month, according to a September 2017 article in the Independent. While that is worth millions on the global market, the high costs of basic staples in the remote areas and multiple layers of brokers in the back woods gold trading system leave most miners still living on the brink of poverty.

Professor Jeffrey Hoelle, an assistant professor of anthropology at UC Santa Barbara was part of a research project sponsored by the National Geographic Society aimed to learn more about the Amazon gold mines.

“I don’t think these guys are villains or heroes,” said Professor Hoelle. “I think they are part of the global economic system. They’re providing something that everyone, with very few exceptions, wants in some way. The miners get dirty producing this metal that makes people in faraway places shine and sparkle.”

“Many of these people are incredibly courageous to come to the rainforest to try to improve their lot in life, and many don’t ever make it out,” Professor Hoelle said.

One surprising discovery amid the destruction was the orderliness of the mining camps, Hoelle said.

In contrast to the seedy and often dangerous towns where the Garimpos went to sell their gold, the gold mining camps were relatively peaceful with a sense of structure, teamwork and trust.

“It has to be calm and orderly in the camps because you’re working with gold —something that has value from the moment you find it,” Professor Hoelle explained. “If you’re worried that someone is going to steal it or pocket a little bit of it, then it’s not going to work. You have to work in a team, and strong codes of conduct have developed in the mines over the years.

What’s unfolding in the Amazon rain forest today is a story that has been told over and over again.

For thousands of years, gold and silver have been recognized as currencies without geographical borders, a store of value and a means to build wealth.

From the ancient world of Croesus to the legendary dynasties of the Renaissance, to the American gold rush in the 19th century, to the Amazon rain forest today, man has acknowledged the intrinsic value associated with gold. And strived to own it.