Gold and Gold Bugs - Blanchard and Company
My Account

In March 1933, the Federal Reserve Bank of New York could no longer honor its commitment to convert paper money to gold and FDR declared a banking holiday. FDR issued an Executive Order requiring all Americans to surrender all gold owned by them to a Federal Reserve bank and prohibited the 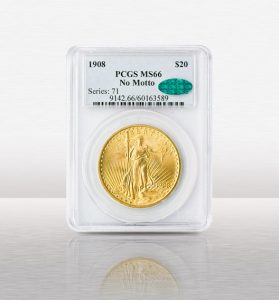 private holdings of all gold coins and bullion. President Roosevelt ordered Americans to sell their gold back to the government, or face jail time and fines.

It was only 40 years later, thanks in large part to the advocacy of our company’s founder, Jim Blanchard, that the right of private citizens to own gold was restored. Through their National Committee to Legalize Gold, Jim and his wife Jackie held public demonstrations where they brandished bars of gold, daring the feds to arrest them.

Blanchard hired a WWI-style biplane to fly near President Nixon’s second inauguration with a banner that read “LEGALIZE GOLD!” prompting the Secret Service to scramble a military plane to tail the pilot and warn him off course (intended to be directly over the inauguration). All three national network TV news programs commented on the banner that night, and the story was picked up by all the wire services.

The Blanchards also held “Gold Tea Parties,” during which they carried pro-gold banners around and either dumped paper money into bodies of water or set it on fire, depending on the surroundings.

President Ford was persuaded to legalize gold after seeing a television commercial of Blanchard, who held a bar of gold and asked, “Why can I not own this?”

“G-Day,” as Jim Blanchard called it, finally arrived, and December 31, 1974 made history as the first day of legal gold trading in America.

Thanks to Jim, the gold bug who wouldn’t quit, you can own gold today. It is your right!

1 thought on “Gold and Gold Bugs”