Unfortunately, many investors today see plenty of bad news no matter where they look. 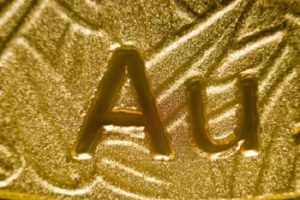 Consequently, more people are considering how an investment in gold can buoy their portfolio. For this reason, it is important to understand the nature of gold during periods of economic uncertainty. Research published in the Journal of Banking & Finance offers some answers.

However, their work also underscores some of the unseen characteristics of gold in a crisis. These are three key takeaways:

Gold Tends to Work Best as a Haven in Developed Countries

The researchers note that “gold was a strong safe haven for most developed markets during the peak of the recent financial crisis.” However, the effect is less pronounced in emerging markets. Despite this difference the researchers conclude that gold “has the potential to act as a stabilizing force for the global financial system by reducing losses when it is most needed” because the haven effect is present not only in the US but also in Eurozone markets. The researchers also offer one hypothesis that might explain the reduced safe haven effect in emerging markets. They suggest investors likely liquidate their emerging market investments during periods of declining performance and purchase equities in developed markets instead.

The Word “Haven” Is Frequently Misunderstand

The word “haven” and “hedge” are sometimes used interchangeably. The differences between the two, however, are considerable. The researchers explain that a hedge is an asset that is negatively correlated with another asset in the same portfolio on average. This description is different than a haven asset which is also negatively correlated with another asset in a given portfolio but only in certain periods like a downturn. What this distinction tells us is that the two words represent two different periods. A hedge relates to the long term, while a haven relates to the short term. When forming an investment selection, it is important to be aware of this difference when an asset is labeled as either a hedge or a haven.

Most market uncertainty can be classified as either “specific” or “general.” Specific uncertainty emerges from a narrowly defined event. In contrast, general uncertainty refers to any uncertainty that is not connected to one particular event. This difference matters because the researchers focused their study on gold movements during periods of general uncertainty. They learned that a rise in general uncertainty often increases investor interest in gold. However, when this uncertainty becomes extreme, gold has a higher probability of moving in the same direction as equity markets.

The evidence is clear…gold plays a valuable role in a portfolio designed to weather the unforeseen and periods of uncertainty. Investors should take the time to understand the nuances of gold’s performance during downturns in equity markets. The country, the duration, and the type of uncertainty are all important factors.