"What Happens If....Biden Wins in a Landslide - Blanchard and Company
My Account

Between now and Election Day, we present to you an in-depth Blanchard exclusive Presidential Election series. Please join us each week as we cover six hypothetical scenarios and detail potential outcomes for the economy, geopolitics, the stock market and precious metals if these scenarios unfold. We invite your 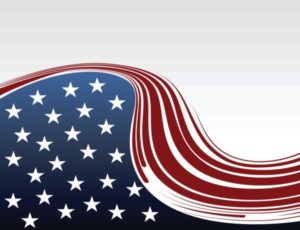 comments, questions and insights below in this interactive event.

7:00 pm ET. The polls are just beginning to close in a couple of states. Network news announcers quickly report that Trump won Kentucky and South Carolina. However, Biden has a commanding lead in Florida. Yet, the race in that key swing state is still too close to call, the announcers say.

Just like a lottery machine registering a winner – the United States map quickly becomes a sea of blue.

It becomes quickly apparent that Biden turned out voters across the nation – with voter turnout at its highest level in 80 years. Now, the announcers are saying – the margin of error has receded – and Florida is called for Democratic candidate Joe Biden!

By 9:00 pm ET, polls in another 14 states have closed, including key battleground states of Arizona, Michigan and Wisconsin.

The Trump campaign is quiet as they know without Florida and the upper Midwest, there is no path for the president to win enough Electoral College votes. It’s still too early to call Arizona, but Biden has the lead there too.

By 10:30 pm ET, it becomes clear that Biden has delivered a sweeping victory.

He easily swept essential swing states such as Pennsylvania, Florida, Michigan, Arizona, North Carolina and Wisconsin. He even reached deep into Republican states and won electoral votes from states including Georgia, Texas, Iowa and Ohio.

By the end of the night it is clear that Trump primarily kept his base — including Appalachia, the interior West and the rural South. But the narrow base was not enough to get to even 200 Electoral College votes.

By 10:45 pm ET, Biden is declared the winner on every major news network you watch. Even conservative cable TV news networks declare Biden the winner of the 2020 election.

However, the Trump campaign remains quiet. There is no concession call by the president. Nonetheless, Biden declares victory and delivers a heartfelt speech to the nation – promising a return to normalcy.

Biden’s resounding landslide win marked the fifth time during the 20th century that a first term president failed to win reelection. Trump joins Taft, Hoover, Carter and Bush for that footnote in the history books.

What will it mean for the economy, key government policies, the stock market and precious metals? We explore some of those questions here with hypothetical scenarios and invite your thoughts too! Please leave a comment below.

On election night, the stock market sinks – with the major averages selling off swiftly in after-hours trading as it becomes clear that the Democratic voters turned out in droves. The knee-jerk reaction lower reveals Wall Street’s worries over Biden’s proposal to increase the corporate tax rate and the likelihood that the regulatory environment will tighten once again.

Gold surges above the $2,000 an ounce level as risk-averse investors turn to precious metals once again for safety and wealth preservation.

The Trump administration slashed the corporate tax rate from 35% to 21%, which boosted earnings growth and the stock market in the Trump era.

President Biden increases the corporate tax rate up to 28%, but it still remains lower than the 35% level it was prior to Trump’s tax cuts.

Regulations Tightens Back Up

After the past four years, where regulations were eased across key industries like energy and the financial sector, President Biden tightens up the regulatory environment for oil and gas companies and increases consumer protections in the financial industry.

A Hands off Approach to the Federal Reserve

Financial markets and Wall Street breathe a big sigh of relief that political influence on the Fed is once again off-limits – this preserves the Fed’s ability to protect the financial system and lowers the risk of future financial system destabilization due to a politicized Fed.

Biden implements his 4-year $700 billion “Made in America” plan for federal procurement of U.S. manufactured goods, which helps new job creation in the wake of the COVID recession. He increases spending on infrastructure, which also creates new jobs and the unemployment rate falls quickly in 2021.

America’s Role in the World

Like Trump, Biden has taken a tough stance on China. However, Biden rejects the use of tariffs, which ultimately created an additional tax for U.S. consumers on imported goods from China. Inflation on consumer goods eases modestly as Biden calls a truce in the tariff trade war. His administration quickly resumes multilateral trade negotiations, pulling in key European allies, which is a dramatic turnaround from the isolated role the U.S. played in its trade war with China under the Trump era. The United States rejoins Paris Climate agreement.

Annual budget deficits likely over $1 trillion are currently forecast for a Biden presidency, which is the same as was expected under a second Trump presidency.

The United States remains on a collision course in the future regarding the supremacy of the U.S. dollar as the world’s reserve currency. Neither President Trump nor Biden have made tackling and reducing the federal debt a priority issue. This allows gold to continue to rally and climb throughout Biden’s presidency as investors around the globe turn to precious metals in response to fiat currencies becoming increasingly indebted by their sovereign governments.

Gold over the Long Term

Gold hits $3,000 an ounce in Biden’s second year in office and continues its slow and steady uptrend – with major Wall Street firms now projecting gains to $5,000 an ounce by 2024 amid the continued and unsustainable increase in the United States government debt levels.

Stocks over the Long Term

The stock market quickly rebounded from the Election night sell-off. The traditional Santa Claus rally delivered its annual gifts to Wall Street investors in late December – as it becomes clear that Biden intends to follow through on his moderate policies, and the progressive wing of the party will remain on the outskirts of his administration.

From 1945-2019, the S&P 500 returned an average of 12.96% under a Democratic president and unified Congress versus a 5.70% return with a Republican president, according to Bloomberg and Wells Fargo Investment Institute.

The bull market in stocks continues over the next two years, with new all-time highs seen in the major stock indices. The U.S. dollar trends lower and gold and silver continue in steady and strong uptrends as well.

How do you see a Biden presidency unfolding? We invite your comments below!