"What Happens If...Trump Wins on Election Night but Biden Prevails After Mail-in Ballot Count" - Blanchard and Company
My Account 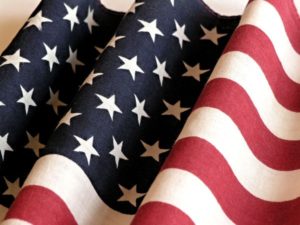 It’s Election Day 2020. Tensions are high. Alarm bells have been sounding for weeks with President Trump’s repeated statements that mail-in ballots are rigged.

Voters across America who have become accustomed to learning the outcome of the contest on election night will be disappointed this year.

As the early returns begin to roll in on the evening of November 3rd – it’s a sea of red on the U.S. map. Where most states, including key swing states, do not have decisive winners, President Trump is ahead in the count. It appears that the President is winning across the country!

With large numbers of Democrats casting their votes by mail – that means most Democratic ballots will not be counted on election night.

Even though many states have not been called for Trump, his campaign declares a victory at 11:15 pm ET!

Following through on his belief that the nation “must know Election results on the night of the Election,” per his Tweet – Trump launches into his acceptance speech.

Political broadcasters attempt to clarify to the nation that, in fact, the election has not concluded. Indeed, the view of the U.S. map on TV screens is mostly red, but only with a lead, not decisive wins.

Major broadcast networks attempt to tell the nation that the election is not over…yet millions don’t believe the ‘fake news.’

The nation wakes up on November 4th to the news that President Trump is attempting to stop the mail-in vote count that is still occurring in many states. Attorney General Bill Barr orders the seizure of mail-in ballots to ensure the vote counting will stop.

Conservative social media claims the Democrats are trying to steal the election and the President’s base takes to the streets to defend his ‘victory’ on election night. Violent outbreaks occur in major cities across the nation as disinformation spreads on social media about the danger posed by pro-Biden demonstrators and supposed Antifa violence.

[Editor’s note: While this may sound like an extreme turn of events, parts of this scenario were gamed out over the summer by the Transition Integrity Project (TIP), a bipartisan group of current and former government officials and campaign leaders.]

The stock market plunges on November 4th – as the international news media reports that presidential election results are not official, yet Trump has claimed victory. The U.S. dollar tumbles and foreign investors sell Treasury bonds in a vote of no-confidence in the apparent political instability of America. Gold and silver soars as investors turn to a safe haven amid the chaos, panic and fear.

Throughout November, dozens of lawsuits are filed. President Trump still maintains that he is the winner of the election. Candidate Joe Biden has not yet conceded.

By now, the U.S. stock market has fallen into a bear market – and is down 35% amid the failure to achieve a peaceful transfer of power. Gold hits a new record high at $3,000.

Governments around the world point at the United States and claim the fall of American democracy has begun.

Russia and China continue their efforts to squeeze the U.S. dollar out of international commerce and sign a new deal which allows for trade using the yuan. Several Asian countries and European countries sign on as well – as they see the writing on the wall that the U.S. is a superpower in decline.

S&P cut the long-term U.S. credit rating by several notches, with a negative outlook. Suddenly interest rates in the U.S. spike – as foreigners are no longer interested in buying U.S. Treasury debt. Yet, the country must continue to sell new Treasury securities to pay the interest coming due on the nation’s gargantuan $27 trillion in debt.

As the lawsuits wind their way through the courts – lower courts rule the counting must continue. The states resume their counts of the mail in ballots. The Supreme Court affirms a case that yes, all mail-in votes must be counted.

By Thanksgiving it is clear that Joe Biden has won the election as all the mail-in ballots are finally counted.

The mainstream news media announces that Biden is the winner of the United States 2020 Presidential Election. President Trump still hasn’t conceded – yet he moves his family and key staffers to Palm Beach, Florida. Trump announces he is moving White House operations to his resort The Mar-a-Lago Club.

While Trump never concedes, the inauguration of Joe Biden occurs on schedule in January and the new Democratic Administration takes power. The stock market recovers slowly and interest rates come down as some semblance of normalcy returns in 2021. Yet, gold and silver prices remain high – as investors know how close the country came to the edge of democracy.

How do you see this or other hypothetical election scenario unfolding? We invite your comments below!