We live in a historic period in which the US economy is experiencing a massive inflow of money. This tidal wave will have a meaningful impact on all investments, including gold. To understand why, one must first understand the M1 and M2 money supply. 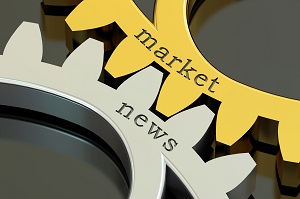 The M1 money supply is a measure of currency in an economy. This category includes physical currency, demand deposits, negotiable order of withdraw accounts, and travelers’ checks. These are forms of currency that are highly liquid because they can be used almost immediately for a purchase.

In contrast, the M2 money supply represents the total amount of both the M1 supply and “near money” which includes less liquid assets like savings accounts, money market accounts, and certificates of deposit. The Federal Reserve has the power to influence the M2 money supply by using a variety of tools. For example, the Fed can change the reserve ratio which dictates the amount of reserves a bank must carry against total deposits. When the ratio drops banks are in a position to increase their lending which drives up the money supply. Additionally, the Fed can raise or lower the discount rate which influences the money supply because with a lower rate it becomes more affordable for banks to borrow more. The Federal Reserve can also purchase issued securities like Treasury bills from banks which will also increase the M2 money supply.

In mid March of this year, the US saw a dramatic increase in the amount of M2 money in our economy. In fact, when compared to the same point in 2019, the M2 supply has increased approximately 12%, representing the largest jump in over a decade.

This increase has coincided with an increase in gold prices in recent months which is a phenomenon we have seen before. In 2011, gold reached a historic high of $1,900 an ounce just as the M2 money supply surged above 10 percent on a year-over-year basis. This heightened level of M2 money supply is likely to persist for the long-term given the Fed’s recent announcement that they plan to keep interest rates near zero until 2022.

However, the increase of M2 totals and the corresponding rise in gold prices is more than an economic factor.  It is also a psychological one because investors are witnessing the debasement of the US dollar. Debasement is the lowering in value of a currency as a result of a government printing more money. In these circumstances, investors often seek more stable forms of currency that will not be negatively impacted by the Federal Reserve’s stated goal of maintaining a low interest rate and thereby keeping the M2 money supply elevated.

In uncertain times investors look for more than a return, they look for consistency. As the value of the dollar comes under scrutiny in the US and abroad, investors are turning to gold investment as a store of value and a rare place to grow wealth as low interest rates reduce the earning potential of many other investments.

1 thought on “What is the M2 Money Supply and What Does it Mean for Gold?”