The recent surge in gold prices has reinvigorated the conversation about sourcing gold from a lesser explored source: e-waste. 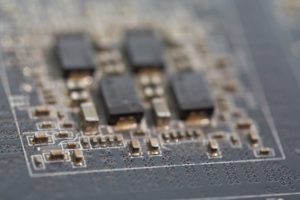 Consider that every year the world manufactures electronics which, in total, contain $21 billion worth of gold and silver according to the United Nations University, a global think tank. Moreover, the same research shows that less than 15% of these precious metals are recovered after the electronics are discarded.

As the global appetite for electronics increases, so does the demand for gold and silver used in the components found within smart phones, tablets, and computers. Products like these consumed approximately 7.7% of the world’s gold supply as recently as 2011. This amount represents about 320 tons.

This lost opportunity, however, is not due to lack of resolve, or mere oversight. Instead, the gold accumulating in our landfills is due to insufficient methods and technology needed for extraction. Some believe we are entering a new era in which new solutions will enable scientist to reclaim gold and silver from e-waste.

New research suggests that an organic compound called a porphyrin “possesses lots and lots of little pores that, energetically, want to host a metal atom,” according to reporting from Arstechnica. The process involves submerging electronics waste, mostly circuit boards, in an acid bath which leaches out the metals. Next, they add the porphyrin polymer which helps capture the gold. Finally, a filtration process removes the gold from the solution. This approach recovers approximately 94% of the gold dissolved from the circuit boards.

What makes this new method so appealing is not only the environmental implications, but also the economic implications. Findings published in the Proceedings of the National Academy of Sciences determined that one gram of the chemicals needed to conduct this process costs about $5 and can recover approximately $64 worth of gold. This breakthrough presents enormous opportunities given that circuit boards contain more precious metals than what can be found in the ore yielded from today’s mines. Additionally, global manufacturing of circuit boards totals 50 million tons per year and is increasing by about 8.8% annually. The next gold rush will not require a single shovel, drill, or hard hat.

The research also shows that the gold distilled from the solution is 99.6% pure. This level of purity combined with today’s rising gold process makes this new process even more attractive.

This extraction technique represents a rare double benefit in which the process of sourcing gold simultaneously reduces environmental threats presented by the accumulation of waste in landfills. In fact, if this method becomes commonplace in the coming years it might reduce the presents of traditional mining operations. This outcome could further reduce the stress placed on the environment in the search for gold.

The researchers also noted the effectiveness of the method for isolating other useful metals from e-waste. Scientists were able to extract 99.8% of metals like platinum, and palladium. Iridium, rhodium, and copper, were also successfully extracted though with lower efficiency.