Gold is just as natural as the water and sunlight we often associate with clean tech. Yet, few people think of gold when considering the future of green energy solutions. Perhaps this is because its role in these innovations is not well publicized. 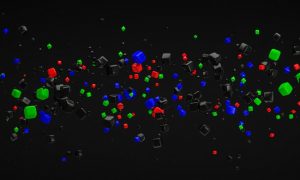 Here, we breakdown three ways in which gold will be crucial to achieving the clean technology revolution necessary to help slow global climate change.

Electricity-producing fuel cells have major implications for environmentally safe solutions because their only byproduct is water. The result is a dramatic reduction in the toxins many current technologies put into the atmosphere today. Gold serves a crucial role in the manufacturing of these fuel cells because it can be used as a catalyst during production. Importantly, gold can fulfill this role at low temperatures.

As global economies produce these fuel cells in greater numbers there will be an increasing demand for gold. Consider that the global fuel cell market is forecasted to reach $11.9 billion within the next six years. Fulfilling that level of demand will require an enormous amount of gold which is likely to increase the price of the metal.

Nearly every building today contains some amount of poly vinyl chloride (PVC), which is the third most widely produced synthetic polymer.

The problem with PVC is that the manufacturing process is harmful to the environment. One of the first steps requires the creation of vinyl chloride monomer which cannot be fabricated without a catalyst. These catalysts are often mercury-based. As a result, there is a greater likelihood of this harmful toxin making its way into our environment when it is discarded after the manufacturing process.

This outcome has serious repercussions because mercury has long been destructive to wildlife, especially fish. Additionally, mercury is toxic to the brain and spinal cord making its disposal particularly dangerous.

Fortunately, gold might change this characteristic of PVC manufacturing. Like electricity-producing fuel cells, gold catalyst processes have emerged which means that factories may be able to dramatically reduce their use of mercury or abandon it completely. In fact, the World Gold Council reports, “This breakthrough provides an opportunity for VCM producers to remove a highly toxic material from their process in a cost-effective manner. Depending on uptake, this application could generate total demand in the region of 1-5 tonnes of gold.”

Many traditional solar panels are lacking in efficiency. The reason: the panels are designed to include a web of wiring placed near the surface. This creates a problem because those wires block up to 10% of sunlight that would otherwise be used to provide electrical power.

As a result, researchers have been exploring new designs which eliminate these webs. One such concept uses a thin film of gold on a silicone sheet. This film allows more light to penetrate the panel. Some estimate that this innovation can offer up to a 20% boost in efficiency. Therefore, solar-powered technologies will likely boost gold demand. Gold has other uses in these modern panels like the electrodes used to establish electrical contact with non-metallic components.