How to Find Your Anchor - Blanchard and Company
My Account

This month the International Monetary Fund (IMF) decided it was less optimistic about future global growth. The members reduced their forecasts for economic expansion worldwide from 3.9% to 3.7%. They had two key reasons for the revision. 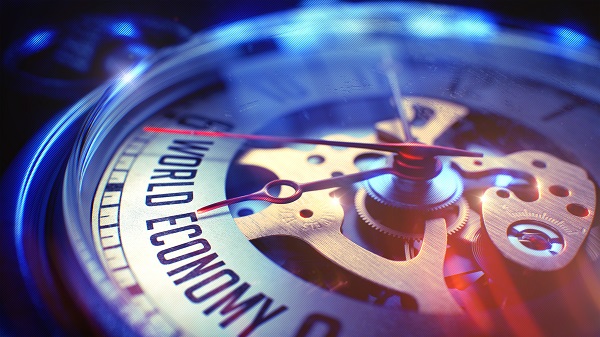 First, they explained that trade barriers are increasing and slowing international commerce. Second, they cited uncertainty in emerging markets as a result of capital outflows.

Meanwhile, The Wall Street Journal reported that fund managers are equally concerned. A survey from Bank of America Merrill Lynch showed that these managers are as concerned as they were in 2008.

Investors appear to share this concern now that volatility is back in the equities market. The result: investors are considering safe havens. But, in an uncertain world traditional havens aren’t what they were. Consider, for example, the US dollar. For many years the dollar was a reasonable place to store and preserve wealth. As recently as this year the WSJ Dollar Index increased 9.4% from its low in February.

However, the value of the dollar has been relatively static during the recent equity market sell off according to the WSJ. This means that investors fleeing stocks don’t see the dollar as a place to “wait it out.” So, where are they going instead? They’re going for the gold.

Recently, the World Gold Council reported on gold’s “flight-to-safety” status amid an upheaval in asset classes like stocks and treasuries. They underscore the threat of high valuations in the stock market as a reason for caution. They explain that “US stock valuations are at their highest since the dot-com bubble and higher than Black Monday.” Moreover, global credit market debt has increased by massive proportions over the last 10 years.

With so much uncertainty, investors are more prone than ever to making emotional moves within their portfolios. Rather than constantly adjust the sails to catch changing winds, investors need confidence. Finding this confidence means finding an anchor to some amount of stability. For many this anchor is gold.

Gold, over the long-term, appreciates in value. However, what gold offers in peace of mind is equally valuable. As the sea becomes choppy, gold is an asset that offers a sense of stability. As a result, investors benefit in two ways.

First, they have reason to abstain from impulsive market moves that erode wealth and create tax burdens. Second, they preserve their wealth during the inevitable market swings that test the resolve of even the most seasoned investors.

The time to find this stability is now, before the currents change. Fund managers and the IMF agree that significant market movements and global economic shifts are ahead. Risk cannot be eliminated, but it can be managed.

Recently leaders at Pacific Investment Management Co offered a clear assessment of the future stating that, “Our models, like many others, see an increased risk in 2020.” They believe that the probability of a recession is “quite likely” within the next five years.