How To “Fragilize” an Economy - Blanchard and Company
My Account

The pandemic appears to be in its third, and final act. It is true that the disease will still be in our lives for some time to come. We will face variants, and the possibility of ongoing annual vaccinations. However, the darkest days of contagion are likely behind us. What remains is an economy on the rebound. 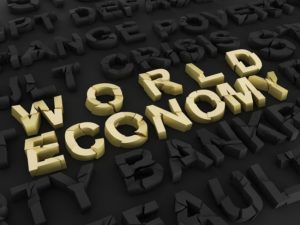 Many economists are anticipating a strong, and prosperous second half to 2021. As recently as mid-March the Federal Reserve raised its forecast for domestic growth in 2021 by more than 50%. As a result, GDP is expected to reach 6.5% this year. If accurate, that figure would be among the highest in recorded history. While these forecasts offer plenty of excitement there is a less discussed and often unseen aspect to the economy today: fragility.

Gregory Daco, chief U.S. economist at Oxford Economics, has explained that the recovery is “fragile.” Part of what makes the US economy fragile today is the fact that many businesses are still struggling to find their way forward. Many companies aggressively pivoted, or even changed their model to accommodate the pandemic setting. Now, as COVID continues to recede, those businesses are determining what aspects of their initial change they want to preserve, and what aspects they want to abandon. Additionally, many businesses were able to stay afloat with borrowing and are facing the considerable cost of repaying those loans. Finally, much of the recovery is due to recent fiscal stimulus which, while critical and necessary, is not sustainable.

This “fragilizing” of the economy, however, is not only the result of the pandemic. These effects have been taking hold for some time and are structural in nature. That is, they are part of moorings that anchor the global economic system. One key factor of the global economy of the recent past and present is that it is characterized by output divergence. The level of output of various economies across the world varies considerably. As a result, the burden of maintaining the health of the global economy is shouldered by fewer and fewer countries.

At the same time, continued globalization means that more countries are discovering that their success and survival are tied to the health of other countries. Simply, what happens “here” is highly contingent on what happened over “there.” The result is a more tenuous and fragile setting.

In such an environment there are many stores of wealth that become increasingly volatile. The value of the dollar is tied heavily to trade imbalances and the threat of inflation. Meanwhile, stock prices are subject to disruptions in the global supply chain that is so necessary to many businesses seeking annual growth.

Weathering the storm of a pandemic has demanded unimaginable resources. Any new, unforeseen threats could take a serious toll as many emergency reserves have been depleted. This aspect of a recovering but extremely fragile economy underscores the importance of storing a portion of personal wealth in assets that have less reliance on today’s increasingly delicate economy. For many the answer is gold which is not as prone to the threat of externalities as other assets and investment instruments.

Capitalizing on a rebound means remembering to gird for the ever-present threat of a new challenge. As Author Nassim Taleb explains “globalized economic systems operate as one. Errors spread and compound.”

This sentiment seems to encapsulate the underpinning of a gold investment strategy because, as former Federal Reserve Chairman Ben Bernanke once explained, “The reason people hold gold is as a protection against what we call tail risk, really, really bad outcomes.”