Investing In Bitcoin: A Special Report - Part 1 - Blanchard and Company
My Account

Have you wondered if you should buy some bitcoin? If you answered yes to that question you are not alone. After all a massive media blitz has highlighted the cryptocurrency’s recent surge to a new all-time high above the $16,000 level. 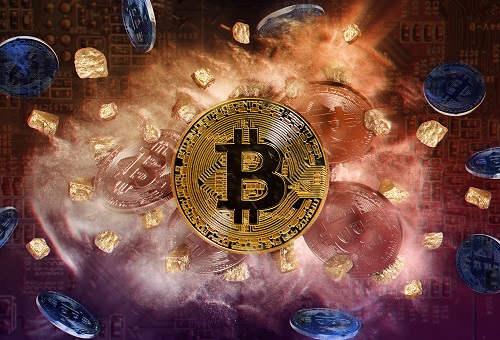 Sounds like an investment you should be in on, right?

If you were lucky enough to purchase bitcoin at $1,000, congratulations!

While the tug of the “Fear of Missing Out” could be strong, remember the old Latin phrase: Caveat Emptor, which simply means “let the buyer beware” applies here. Let’s start with the basics.

Bitcoin is a digital “virtual” currency developed in 2009 by the shadowy figure Satoshi Nakamoto. It is a global payment system that allows for anonymous peer-to-peer payments with no centralized authority. Bitcoin transactions take place via “blockchain technology” which is a so-called digital ledger where these transactions are publicly and chronologically recorded.

People who use bitcoin confirm the validity of bitcoin using the publicly availably blockchain transactions on the open source digital ledger.

Where Does Bitcoin Come From?

What about Regular People?

People can buy bitcoin on exchanges, such as Coinbase and pay a fee to store Bitcoin in an online wallet.

11 Things to Consider Before You Buy Bitcoin

People are focusing on the massive price increase, the record-setting “value.” But, what is actual the value of Bitcoin? There is none. People are buying Bitcoin on the “hope” that it will become widely accepted and widely used.

Recently, JPMorgan Chase & Co. Chief Executive Officer Jamie Dimon called bitcoin a “fraud” and he said he would fire any employee who was caught trading bitcoin for being “stupid.” However, he did admit that bitcoin was a good option for murderers and drug dealers.

2. Could Bitcoin be in a bubble phase?

People are buying it as part of a speculative buying binge. Remember the economic bubble in Dutch Tulip Bulb Mania?

In 1637, at the height of tulip mania some single tulip bulbs sold for more than 10 times the annual income of a skilled worker. Like all economic bubbles, it eventually popped. As tulip bulb prices dramatically collapsed over the course of a single week, many tulip bulb investors instantly went bankrupt.

“These bubbles tend to end in tears. And I worry about how this bubble might end,”

3. Security Risks: Any Bitcoin you might buy could simply disappear one day.

Bitcoin may be hacked. Operational glitches or malware could disrupt the peer-to-peer network. Cyberattacks can open the door to stolen private encryption keys.

This has already happened:

The hackers: The bitcoin world is their world. They understand the shadowy worlds of the dark net better than anyone. If you think any bitcoin you might buy is “safe,” just remember how protected your Social Security number was by Equifax earlier this year where 145 million Americans had their most sensitive personal data stolen. Simply stolen. Bitcoin is a computerized technical system with who knows what vulnerabilities yet to be discovered.

Investors who are considering buying bitcoin need to understand the realities of what bitcoin is and isn’t. Take the time to learn the facts.

More reasons that you should be wary of Bitcoin in Part 2 of this Special Report.

4 thoughts on “Investing In Bitcoin: A Special Report – Part 1”