It's the Dollar, Stupid - Blanchard and Company
My Account

The 1992 presidential campaign slogan, “It’s the economy, stupid,” reflected the Democratic contender’s view that the Republican incumbent was out of touch with the 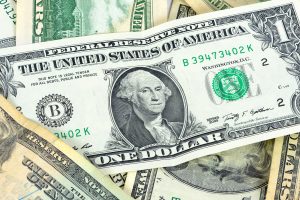 economy. Bill Clinton ultimately did prevail against George H.W. Bush in that contest.

Investors today may be wondering why gold isn’t performing better – especially with inflation at 40-year highs and a potential recession looming on the horizon. With all due respect and no insult intended, we gently remind investors “It’s the Dollar, stupid.”

The rising U.S. dollar has been a weight on gold throughout 2022 – as the greenback climbs to its highest level in decades. Aggressive action from the Federal Reserve to hike interest rates to combat inflation has sent the U.S. dollar soaring against all the major currencies including the Japanese yen, the British pound sterling and the euro.

The key measure economists use to gauge the dollar’s strength is a basket of currencies that includes our major trading partners like Japan and the Eurozone. Using that measure, the U.S. dollar has climbed to a 20-year high, while the U.S. dollar spot index itself has climbed 12.6% this year.

What’s more, recently, the yen slid to a 24-year low against the U.S. dollar and the euro retreated to parity – or a one-for-one exchange rate – the first time since 2002.

For foreign buyers of gold, however, the precious metal has become extremely expensive. In fact, this year, the price of gold – priced in Japanese yen hit an all-time record high.

While gold is down about 6%, priced in U.S. dollars, the commodity sector remains the best performing asset class of 2022. This year, all five equity asset classes registered double digital declines, yet the Bloomberg Commodity Index posted a 13.4% increase through mid-July.

What does this mean for you? For precious metals investors, the recent retreat in gold prices means you will receive more gold for your dollars if you buy precious metals now.

Looking ahead, the Federal Reserve may be forced to abandon its aggressive interest rate hike campaign if the U.S. economy falls into recession. That could open the door for the U.S. dollar to pull back and for gold to climb in the second half of this year. Indeed, Goldman Sachs recently raised its year end gold price target to $2,500 an ounce. For long-term investors, the current levels in gold offer an attractive buying opportunity. If you are considering increasing your allocation to gold, don’t delay, economic conditions are changing rapidly in today’s marketplace.