Judy Shelton: A Gold Bug May Get a Seat at the Fed's Table - Blanchard and Company
My Account 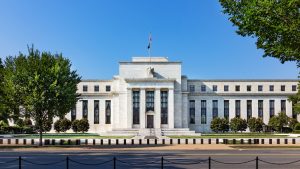 The quiet movement to return to the gold standard is getting louder.

Six states passed laws recognizing gold and silver as currency since 2011. The Republican Party called for a commission to explore the viability of a return to the gold standard in both its 2012 and 2016 campaign platforms.

The gold standard, of course, is a system that ties the value of a country’s currency to gold. First adopted in the United States back in 1879, Americans were allowed to exchange paper money for physical gold.

While there are positives to the gold standard, there are also negatives, as a country can only issue as much money as it has gold. President Nixon ended U.S. dollar-gold convertibility in 1971 as foreign holdings of dollars grew larger than America’s gold reserves, which left the country vulnerable to a run on its currency.

This week, President Trump nominated Judy Shelton, the U.S. executive director at the European Bank for Reconstruction and Development, for an open seat on the seven-member Federal Reserve Board of Governors.

“Money is a moral contract between the government and individual citizens,” Ms. Shelton told a group of reporters at the Trump Hotel in May. “Someone called me a gold bug — what would I rather be? A Fed bug?”

Last year, Shelton wrote a piece for the journal of the Cato Institute, a libertarian think tank. In her words:

“In proposing a new international monetary system linked in some way to gold, America has an opportunity to secure continued prominence in global monetary affairs while also promoting genuine free trade based on a solid monetary foundation. Gold has historically provided a common denominator for measuring value; widely accepted at all income levels of society, it is universally acknowledged as a monetary surrogate with intrinsic value.”

She also wrote: “The United States is the world’s largest holder of official gold reserves. Comprising 8,311.5 tonnes or 261 million troy ounces, those reserves are carried at a book value of roughly $11 billion. Notably, the market value is significantly higher at $345 billion (based on the London Gold Fixing for September 30, 2016).”

Given that the U.S. currently owes $22 trillion in U.S. Treasury debt, how would a return to the gold standard be reconciled? Would the price of gold be repriced dramatically higher to match the value of the nation’s swollen debt? A return to the gold standard wouldn’t necessarily require a 1:1 convertibility value. There could a percentage in which the dollar is backed to the amount of gold reserves a country holds.

No matter how a gold peg would be calculated, this would no doubt be an extremely bullish development for the precious metal.

Since 1973 when President Nixon ended the gold standard, U.S. dollars get their value through the backing of the federal government. The Federal Reserve can expand the money supply and print unlimited amounts of money with no peg to physical gold.

Other proponents of the gold standard argue that it would limit government spending to only what it raises in taxes or can borrow against its gold reserve. This would certainly rein in spending, but that could result in consequences and potential spending cuts for big government programs like Social Security and Medicare. Another potential downside is that a country on the gold standard would have less flexibility to address financial crises or support economic downturns.

Proponents of the gold standard point to the U.S. Constitution itself for support in tying gold to U.S. dollars. Sections 8 and 10 of Article I state that Congress has the “Power…to coin Money, regulate the Value thereof, and of foreign Coin,” while “no state…shall make any Thing but gold and silver Coin a Tender in Payment of Debts.”

Shelton’s monetary beliefs are outside mainstream economics and she will be scrutinized by Senate lawmakers, who will need to approve Shelton for the seat on the Fed board.

Nonetheless, with the nomination of Judy Shelton, President Trump has swung open the doors to the Federal Reserve. He is giving a renowned proponent of the gold standard a seat at a powerful table with the opportunity steer the country’s monetary policy in the years ahead.