LaFayette: The Hero of Two Worlds - Blanchard and Company
My Account

The man was a national hero in not one country, but two. 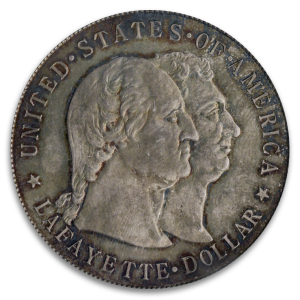 Born in 1757, Gilbert Lafayette came from an ancient noble family in France. By his teen years, Lafayette was orphaned and inherited an immense fortune. He joined the court of King Louis XVI, but yearned for something more meaningful and exciting.

Lafayette wanted to become a soldier and support the colonists in the American Revolution.

At his own expense, Lafayette traveled to the American colonies arriving in Philadelphia nearly two years after the start of the American Revolution.

Only 20 years old, Lafayette was appointed to Major General in the Continental Army and quickly developed a close relationship with another General – George Washington. It is rumored they developed a father-son type of relationship and the aristocratic orphan blossomed under the mentor ship of Washington.

Lafayette took part in the critical final battle as American armies trapped British forces in Yorktown in 1781 ahead of the British surrender. Called the “Hero of Two Worlds,” Lafayette returned to France triumphant.

A Special Coin to Remember and Honor a General

The United States Lafayette Memorial Commission raised funds to build a statue of General Lafayette on horseback for completion in Paris in 1900, in tandem of the Paris World Fair in 1900. The statue was a gift from the United States to honor the brave Frenchman who risked not only his life, but his fortune to support the American Colonists.

The American gift of the statue represented a continuation of the close relationship between the United States and France and followed France’s 1886 gift to America of the Statue of Liberty.

The commission also ordered the creation of a Lafayette silver dollar for distribution at the 1900 Paris World Fair.

The Lafayette dollar officially has no date.

That fact, in and of itself, makes it a curiosity within American numismatics.

The U.S. commission wanted the coins to be minted as early as possible, but to feature the date 1900 to represent the date of the Paris Exposition. This violated Mint rules, which forbid the antedating of a coin.

The Philadelphia Mint circumvented that rule by inscribing: ERECTED BY THE YOUTH OF THE UNITED STATES IN HONOR OF GEN. LAFAYETTE / PARIS 1900 on the reverse of the coin.

The “1900” refers to the date the statue was to be erected. The 1900 Commemorative Silver Dollar features Lafayette on horseback on the reverse, and alongside his close friend and mentor General George Washington on the obverse.

Designed by Chief Engraver Charles Barber, this was the U.S. Mint’s first-ever commemorative silver dollar. Perhaps even more significant, it is the first U.S. coin to ever feature a U.S. President.

The survival rate is pegged at 25,000 for these remarkable coins. The outstanding MS-65 specimens are a rarity and highly sought after. Considering all the silver commemorative coins in U.S. history, collectors consider the Lafayette dollar in higher Mint State levels one of the hardest to obtain.