Lessons from History: High Inflation Can Last a Decade - Blanchard and Company
My Account

Is the inflation crisis over? When the government reported the October consumer price index (CPI) rose by 7.7%, slightly less than expected – the Dow Jones Industrial Average soared 1000 points on the news. 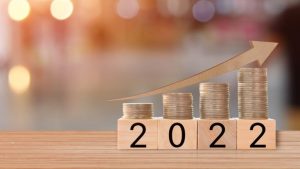 Despite the stock market’s jubilant reaction, the inflation fight is far from over, according to a new research paper.

While the stock market day traders pressed the “Buy” buttons on their online trading platforms the day CPI was released, history shows us that inflation is not that easy to erase.

New research shows that when year-over-year inflation climbs above 8%, like we saw for seven months in 2022, it doesn’t recede quickly, according to a paper from Rob Arnott, Research Affiliates founder and Omid Shakernia, a partner at the firm who leads its multi-asset strategies.

Their research found that inflation above 8% means that inflation tends to accelerate 70% of the time. Using data from 14 advanced economies going back to January 1970, they found the median time it took for those 14 economies to get inflation back down under 3% was 10 years. That’s right a full decade.

Don’t expect inflation to just quietly go away in 2023.

Inflation is now broad based across both goods and services in our economy. Once consumers are paying higher prices for these items and services, companies don’t just cut their prices. Why would they? Higher prices are more profitable for the companies. Giant corporations are now making record profits on the heels of increasing prices.

Here’s what CEOs have said recently on their earning calls.

Kroger CEO: We view a little bit of inflation as always good in our business, and we would expect to be able to pass that through.

AutoZone CEO: And as I’ve said before, you know, inflation has been a little bit of our friend in terms of what we see in terms of retail pricing.

Hostess CEO: We’re also seeing the consumers experience a lot of disruption. And they haven’t fully recognized there were absorbed pricing.

Wages have been rising. This has the potential to keep inflation on an upward trend.

In the second quarter, wages jumped 5.1% annually. Sure, that is below the inflation rate but worker pay is growing at the fastest clip since the data reporting began in 2002.

What does this mean? Economists call this a wage-price spiral. It’s like a feedback loop. A wage-price spiral is when higher prices cause workers to ask for higher wages, which in turn increases costs and pushes prices still higher, setting off a recurring loop of events.

What is money velocity? Here is how the St. Louis Fed defines it:

“The velocity of money is the frequency at which one unit of currency is used to purchase domestically- produced goods and services within a given time period. In other words, it is the number of times one dollar is spent to buy goods and services per unit of time. If the velocity of money is increasing, then more transactions are occurring between individuals in an economy.”

“Higher rates usually pushes velocity up as consumers look for opportunities to deploy their cash. Recently, we have seen an acceleration in money velocity. If this continues, inflation might remain elevated even if money supply falls,” Carlo Putti, fixed income investor director at the fund manager M&G told MarketWatch.

What does this means for gold?

History shows us that high inflation is likely here to stay for years. In 1979-1980, inflation was growing out of control and the Fed had simply lost its grip on controlling inflation. Then, gold skyrocketed to about $850 an ounce, equal to more than $3,000 today.

History is now repeating itself. Fed literally sat on its hands during 2021, failing to act, while inflation climbed to 7%, a 39-year high. The central bank is raising rates now – but once inflation gains traction it’s hard to eradicate as history shows.

As the economy slows and inflation remains high, gold historically has been one of the best-performing assets. At Blanchard, we recommend investors allocate 10-15% of their investment portfolios to gold. If you haven’t yet, consider doing it soon.