On Monday, the Dow Jones Industrial Average plunged 1.72%, marking its biggest one-day drop since October. While the market bounced back Tuesday, stock market breadth has been declining, which is a warning signal that a correction may be near. 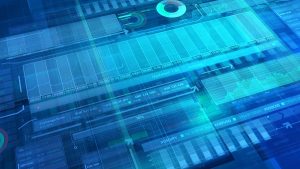 Wall Street defines a stock market “pullback” as a retreat of 5-10% and is a short-term dip. A “correction” phase is more serious and is defined as a 10-20% retreat from the recent high and can last several months.

Bear markets in stocks occur after a 20% decline or more that lasts two months or more.

One of the difficulties is that no one really knows if a pullback will turn into a correction, and if that correction will turn into a bear market. Panic selling, financial news stories and even social media can intensify investor fear, which in turn creates fresh stock selling and downside momentum.

Is your portfolio ready for a stock market correction, or something even more severe?

Yet here in the U.S., Wall Street’s worst bear market occurred after the Great Depression. The Dow Jones Industrial Average took 25 years to recover to its previous peak.

Japan’s Nikkei stock index hit its all-time high at 38,915 in December 1989 during an asset-inflated economic boom there (sound familiar?). The Japanese stock market crashed after the Japanese Central Bank was forced to tighten monetary policy, and it still has not fully recovered.

Have you heard George Santayana’s quote?

“Those who cannot remember the past are condemned to repeat it.”

According to Santayana’s philosophy, history repeats.

In the U.S. we are currently in the midst of an equity asset boom – driven in large part by experimental Federal Reserve monetary policy with zero percent interest rates. The Federal Reserve has never before expanded the money supply like it has during the Covid crisis, unleashing the potential for inflation and possibly even severe inflation.

The recent jittery behavior in the stock market, combined with technical signals like declining market breadth (fewer and fewer stocks are making new highs), flashes a big red warning signal that volatility may lie ahead.

How would you fare if the stock market crashed 60% or 80% and then took decades to get back to breakeven? It happened before here in the U.S. and more recently in Japan.

Have you considered increasing your allocation to tangible assets like rare coins and gold and silver bullion? Both these asset classes historically delivered double-digit gains during inflationary periods and big stock market declines.

The canary in the coal mine is singing now. Are you listening?