It may be a foreign thought that at one point American’s weren’t allowed to own gold. But, as recently as 1973, the American government banned individual gold ownership. Here is the story of how that unfolded. 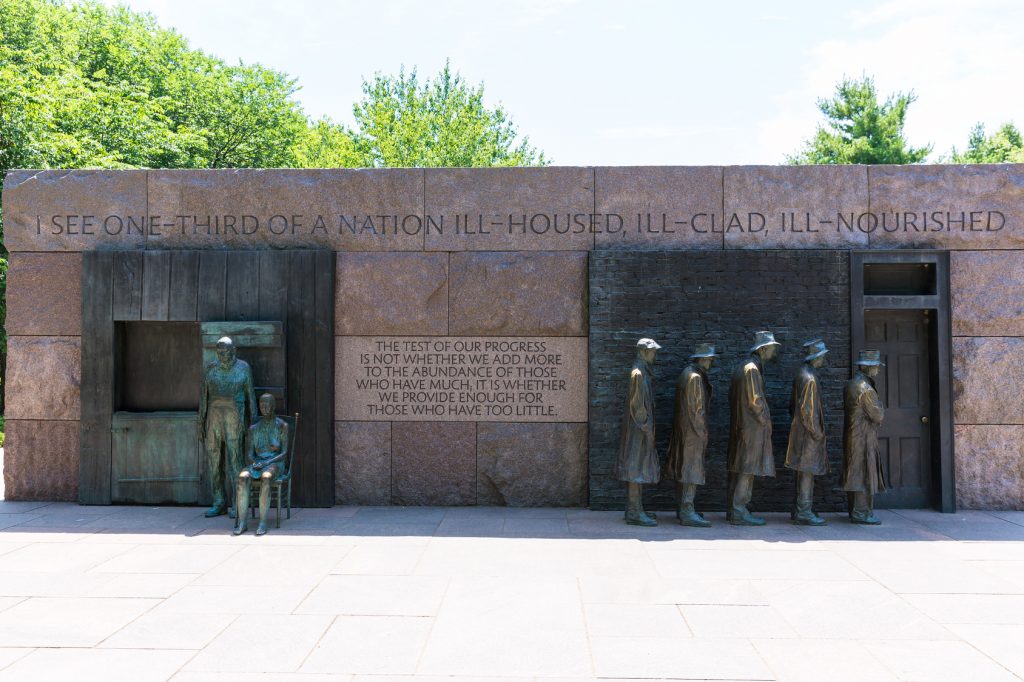 It was a time of panic and fear. In 1933, the Great Depression had triggered a severe banking crisis. A growing number of banks were failing. A significant number of institutions shut their doors, leading to a reduction in the overall money supply and slowing commerce and economic activity even further. President Franklin D. Roosevelt knew he had to act.

Amid concerns that the Federal Reserve Bank of New York could no longer honor its commitment to convert paper money to gold, President Roosevelt declared a banking holiday in March 1933. He then issued an Executive Order requiring all Americans to surrender all the gold they owned to a Federal Reserve bank and then prohibited the private holdings of all gold coins and bullion.

Blanchard and Company has deep roots in America’s gold history. In the early 1970’s, one of our company’s founders – Jim Blanchard– rose to prominence as a supporter of American’s right to own gold. Blanchard gained national attention when he arranged for a biplane to tow a banner proclaiming “Legalize Gold” over President Richard Nixon’s inauguration in January 1973.

Blanchard’s lobbying efforts were a success and after more than 40 years, Congress once again legalized private ownership of gold bullion, effective Dec. 31, 1974. Once gold restrictions were lifted, Blanchard founded our company in 1975, building it into one of the nation’s largest and most respected tangible asset investments firms.

During the most recent global financial crisis that occurred in 2008, then Federal Reserve Chairman Ben Bernanke, who was a keen student of Great Depression history, relied on lessons learned during that period to implement his then controversial measures. The Great Depression lasted a decade beginning in 1929 and ending during World War II.

Former Fed Chair Bernanke publicly acknowledged in a 2002 speech that central bankers exacerbated the tight credit conditions of the time and made the Depression last longer. The Federal Reserve actually raised interest rates in 1928 and 1929. The goal was to limit speculation in the equity markets, but the end result was that it slowed economic activity.

Today, the U.S. economy continues to be on the mend from the economic damage that occurred during the 2008 global financial crisis and the Federal Reserve still hasn’t normalized interest rates.

A Quick Look Back

The implosion on Wall Street began in mid-September 2008. Historic and unprecedented moves unfolded which dramatically changed the nature of the U.S. banking and financial system. The week of September 15, 2008 has been etched in the financial history books, with some of the largest upheavals ever seen. The week started with the Fannie Mae and Freddie Mac takeover, the Lehman bankruptcy, and the AIG bailout, and ended with the introduction of massive government legislation to buy the “toxic” mortgage debt. The ensuing global financial crisis took its toll on economies around the world and the global economy is still attempting to climb back to growth levels seen before 2008.

While Bernanke has had many critics in recent years, there are others who credit him as a knight in shining armor who rode in aggressively and saved the U.S. economy from the brink of a second Great Depression. Bernanke specifically pointed to the mistakes central bankers made around the Great Depression and did just the opposite. He tugged interest rates to near zero and flooding the financial system with huge amounts of liquidity.

In November 2008, the Fed announced they would go to unconventional policies with Large Scale Asset Purchases (LSAP). It was totally unprecedented in Fed history; there was never anything on that scale before. That was just the beginning, as the first quantitative easing (QE) program was established in December 2008 and added to in March 2009, followed by QE2 in November 2010. In September 2012, the Fed announced open ended purchases of $85 billion per month.

The Fed’s balance sheet stands at around $4.5 trillion. This needs to be unwound and normalized. The Federal Reserve is still navigating in completely uncharted waters. The risk remains that at some point this massive money supply translates into runaway inflation. See Figure 1 below:

While some say that Ben Bernanke may have staved off a second Great Depression, there remains significant challenges ahead for central bankers, who have to unwind the massive amount of liquidity injected into circulation without triggering inflation.

Gold has been rallying in recent years amid concerns about the global central banker’s experiments. While the economy may be growing, the final chapter has not yet closed on how the Federal Reserve will unwind its massive expanse of money supply. This remains one of the many factors that supports the price of gold ahead.