Markets Struggle to Find a Direction - Blanchard and Company
My Account

After an ominous sell-off on Monday of last week, markets in the US mostly recovered from two consecutive weeks of losses. S&P 500 futures made a three-week low of $2,215.75 on Monday morning, and market participants were evidently waiting to buy the dip. 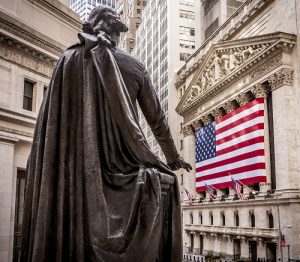 After all three major benchmark indices made their respective low points on Monday, prices immediately started climbing again. The rally carried into Tuesday, where the Dow Jones Industrial Average had its best one-day rally in months. The Dow, Nasdaq, and S&P 500 all closed with more than a 1% gain. This rally gave stocks the boost they needed to snap a two-week losing streak.

Despite the very strong gains in stocks, there were also several sharp sell-offs last week that caught investors off guard. And although stocks finished largely higher for the week, the significant sell-offs that came after the sharp rallies resulted in a lack of clear direction and an overall mixed trend in the markets.

“Most people are away, so moves tend to be amplified for no good reason. Technical analysts may point to the 50-day moving average of the S&P 500, which the index keeps failing to break through,” said Michael Antonello, an equity sales trader at Robert W. Baird & Co.

Despite the lack of economic reports last week, the were a few speeches and key events that influenced the markets. The annual central bank symposium in Jackson Hole caused a somewhat mixed reaction. Most of the gains that came immediately after Federal Reserve Chair Janet Yellen’s speech at Jackson Hole, which was supposed to outline monetary policy.

However, Yellen refrained from talking bout fiscal policy and the economy and instead focused on the substantial progress towards full employment and improved banking regulations. With a lack of additional bullish drivers, stocks pulled back shortly after Yellen’s vague comments.

Yellen was not the only Federal Reserve member to influence the markets last week. Remarks from Dallas Fed President Robert Kaplan regarding the effect a stock market correction would have on the economy instigated a huge spike in safe haven assets.