Gold recently reached its highest finish in 11 months after topping the $1,300 per ounce mark. These strong and consistent movements have reiterated to many the role of gold as an economic weathervane. “I would say it’s the low-yield environment, the trend of the dollar and strong growth in emerging markets [that are driving gold],” remarked the founder of Exante Data. 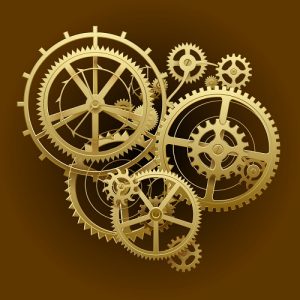 However, how certain can we be that these three popular “influencing” gears drive gold prices today?

Some have cited gold’s rise as a response to recent interest rate movements. However, history tells a different story. In fact, research has shown that from 1970 to 2015 the correlation between interest rates and gold prices is a scant 28%. Despite these figure, the myth of a long-standing inverse relationship between yields and bullion remains strong. Some attempt to assert an inverse relationship with a look back to gold prices in the 2000s because bullion prices increased as interest rates dropped. However, the confluence of these events has never been shown to be sustained. Moreover, they rarely occur in lockstep with one another.

Meanwhile, many believe the changing value of the US dollar is influencing gold’s price. While there may be a tenuous connection it is often overstated. In fact, there is reason to believe that the US dollar today exacts less influence than ever before. Part of this waning relationship is due to the diminishing role of the dollar as a world currency. This comes amid movements from central banks to purchase gold as a reserve currency instead of dollars. “Beware of simple maxims. Even as we look at the interplay of factors that affect gold, it is hard to ignore the voices of those who insist that the US-dollar is gold’s main and only driver,” explained the World Gold Council.

“One reason for gold’s renaissance as a monetary asset has been developing countries’ hesitancy about relying unduly on reserve holdings in dollars. China, in particular, seems to be following a strategy of using gold to counter the weight of the dollar,” explains The Financial Times. As emerging markets opt for bullion, rather than the dollar, gold is seeing demand push prices up.

The same article explains that central banks have added over 2,800 tons of gold since 2008. Today that figure is almost certainly even higher. All the action is in emerging markets. Meanwhile, developed countries are merely maintain their reserves. This dynamic illustrates the simple, more influential aspect: supply and demand. Rather than look to the dollar or fluctuations in interest rates investors need only consider supply levels and reinvigorated mandates from emerging countries to boost their gold reserves.