Rise of the Machines - Blanchard and Company
My Account

Sitting through a red light, watching a commercial, and drinking a cup of coffee are all things that last longer than the average amount of time a stock is held in the US. 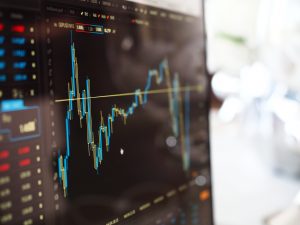 Research published in The Telegraph shows that in the US “the average share holding lasts just 22 seconds.” Incredibly, this is not the shortest time on record. In other periods, this duration as been 20 seconds.

Despite the conventional wisdom that “buy-and-hold” is the most effective investing strategy, it seems few people put it to work. Michael Hudson, a former Wall Street economist at Chase Manhattan Bank, explains that these short holding periods occur among other asset classes. He remarked, “The average foreign currency investment lasts – it’s up now to 30 seconds, up from 28 seconds last month.”

It seems everyone is in a rush. This accelerated timeline can be seen outside finance. Research from the Federal Reserve Bank of St. Louis shows that the “average job tenure steadily declined, from 9.2 years in 1983 to 8.6 years in 1998.”

It is likely that high frequency trading (HFT) is the primary cause of the rapid fire buy and sell cadence of stocks today. In fact, data shows that HFT might account for up to 70% of all equity trades. This finding agrees with additional research from JPMorgan which shows an alarming statistic: an estimated 10% of all trades are made by a person logging on and executing a transaction like an ordinary person. The rest are automated.

This finding is not new. Major firms like JPMorgan have seen this phenomenon for years. More of the general public is awakening to this reality as headlines like those about Twitter reach the front page. People are learning that automation represent more of our lives than previously thought as Elon Musk suggests that a significant portion of Twitter accounts are in fact artificial and governed by algorithms.

In this setting even a disciplined buy-and-hold investor is subject to the constant turnover of shares resulting from incessant transactions. Finding stability means finding other asset classes.

Gold is one solution because its value is not as influenced by trading as equities are. Consider research from Joerg Picard who learned that ETF gold trades, which can be traded as easily as HFT equities, “do not contribute much to price discovery.” This should be welcome news to investors looking for a counterbalance against the increasing volatility in today’s market.

It is getting harder to win in today’s equity market because investors must battle more than economic cycles, interest rate changes, and geopolitical tensions. Now, they must also face the threat of HFT. Regaining control means allocating cash to assets like gold which are not nearly as influenced as equities.