The latest numbers are out and the Russian central bank continues to gobble up large amounts of gold in 2017. During the month of February, the Russians were the largest buyers in the world with official purchases totaling 10 tonnes, according to new data from the World Gold Council. 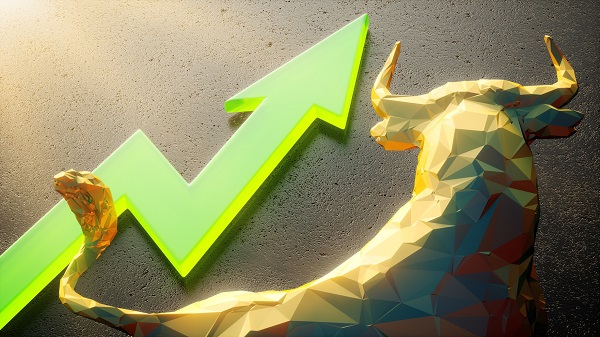 The Russian central bank has dominated global gold purchases in recent years and has built up its official gold holdings to 1,655.4 tonnes, or 16.8% of its total reserve assets, making it the seventh biggest gold owner in the world. 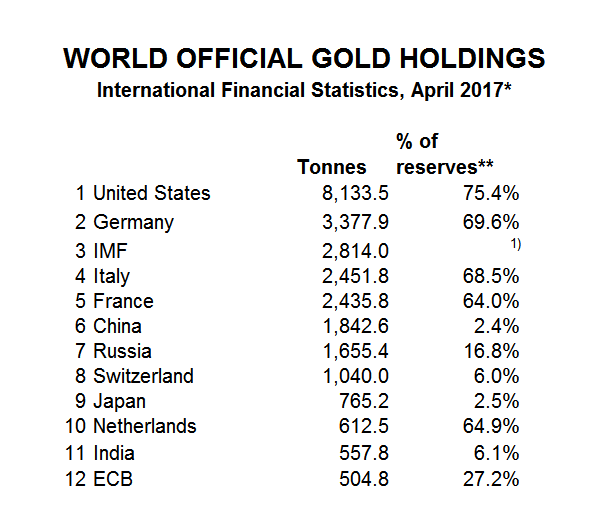 A Major Shift Seen In This Decade

Central banks around the world have been heavy gold buyers since the global financial crisis hit in 2008. Prior to that central banks had been net sellers of gold for nearly 20 years.

In fact, 2016, marked the seventh consecutive year that central banks were net purchasers of gold and Russia, China and Kazakhstan were the biggest buyers. Central banks have shown an insatiable appetite for gold in recent years and notably in this decade have shifted from being sellers of gold to buyers of gold.

Central banks purchase gold for the same reason that individual investors do:

Many older industrial nations like the United States, Germany and even Italy and France possess large official gold holdings as a legacy of the gold standard years. However, emerging market central banks weren’t a part of that era, and subsequently have been under allocated to gold. Emerging market nations have been in catch-up mode in recent years as they strive to diversify their reserves away from U.S. dollars.

Since the global financial crisis hit, China, the Philippines, Mexico, Korea, Brazil and Russia have all been adding gold to increase their allocation to gold relative to foreign currencies.

China: A Big Player in Gold

Historically, 2009 stands out as a key moment for gold as that marked the year the Chinese central bank officially announced the addition of gold to its monetary reserves. In the second quarter of 2009, Chinese officials reported to the IMF an increase in its gold holdings from 599.98 tons to 1054.09 tones and they have been buying ever since. The Chinese action was the largest central bank purchase recorded in 2009. There is speculation that gold purchases and official holdings are under-reported from China and that they could be holding much greater amounts of gold in reserve.

Central banks continue to buy gold for their official reserves because of heightened economic and financial uncertainty. The global economy remains on very fragile ground. Yields in major industrialized economies remain historically low. The dramatic central bank monetary policy experiments post-2008 have yet to be unwound. The jury is still out on what the negative interest rates and massive balance sheet expansion will mean long-term to the value of fiat money.

Central banks are smart money, long-term investors. Follow the smart money and diversify your portfolio now with hard assets while gold prices remain at a relative bargain price compared to 2016 levels. Gold prices are already rising up about 9% since the start of the year. Now is the time to take action.