The U.S. dollar is under fire from multiple fronts – and that increases the importance of investing in tangible assets like gold bullion more than ever before. 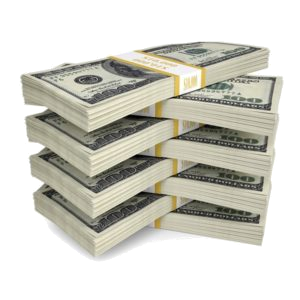 The U.S. dollar is being devalued at home – by our own government that is printing new money and expanding the money supply at a historic pace. And, it is under threat on the world stage.

It’s no secret for years China and Russia have been making moves to dethrone the U.S. dollar from its pedestal as the world’s reserve currency.

A quick refresher: the U.S. dollar is highly sought after from nations around the world for a simple reason: most international trade is conducted in U.S. dollars.  In fact, the dollar is used in 88% of all foreign-exchange trades world-wide, according to 2019 Bank for International Settlements data.

“Companies in places like Argentina can export goods to Turkey, and get paid in dollars. Because those dollars are deposited in local banks, they can be lent to companies. In fact, because there are so many dollar deposits, it’s actually cheaper for overseas businesses to borrow in the U.S. currency, creating a feedback loop that maintains the greenback’s pre-eminence,” the Wall Street Journal explained.

Not everyone is happy with the U.S. dollar’s top dog status.

In 2019, China decided to begin cutting the U.S. dollar out of its crude oil trading with Russia. Instead, they began buying and selling crude oil in yuan.

Why does this matter? It’s the demand for U.S. dollars that is the key to our delicate house of cards.

As the United States continues to spend beyond its means – with a historic, record-high national debt of $28.2 trillion and counting, our nation must finance that debt through the sale of Treasury bonds. Other nations, for now, are willing to buy Treasury bonds and finance our debt – because they need to traffic in U.S. dollars for international trade. That allows us to finance our unrelenting debt at a low interest rate for now.

Comparing fiat currencies to tangible assets, the U.S. government can never print gold. And, gold is not attached to any government liabilities or debt.

Now, imagine if the U.S. dollar was no longer the reserve currency. And, other countries were no longer interested in buying our government bonds. Interest rates would surge in order to attract willing foreign buyers, and even that might not be enough. And, gold would skyrocket to new all-time highs if the U.S. dollar were to lose its pre-eminence on the world stage.

Today, the lightning speed shift to digital currencies creates a new and potentially more worrisome threat to the U.S. dollar.

More than 85% of central banks around the world are currently investigating digital versions of their currencies. China has already launched a pilot version of its e-yuan. Sweden is developing its e-krona and is expected to be the world’s first cashless nation by 2023.

The move to digital currencies is coming, whether you are ready for it or not.

How does it work? The Bahamas created a digital currency called the Sand Dollar. You load it onto a mobile wallet on your smartphone. Want to buy a beer? Simply scan a QR code.

Who will win the race for digital currency dominance? China certainly has a good head start. The United States doesn’t even have a prototype yet. The Boston Fed is expected to release some research this summer on a prototype system, but this is just research. Chinese citizens are already buying and selling in an e-yuan pilot program.

What could this mean for the role of the U.S. dollar as the reserve currency?

Nations would no longer need physical dollars to conduct their transactions.

A digital currency could displace the U.S. dollar as the global reserve currency.

The result could be a sweeping change in the international financial system. International chaos could lie ahead, the Bank of England’s Mark Carney warned in a 2019 Jackson Hole monetary policy summit. When the U.S. dollar overtook the U.K’s sterling as the world’s dominant reserve currency in the early 20th century, the backdrop was economic upheaval and a world war that decimated Europe.

“History teaches that the transition to a new global reserve currency may not proceed smoothly,” Carney said.

While fiat currencies like the dollar will suffer in this scenario, gold historically climbs sharply during periods of war, international tensions and financial market instability. Gold is the classic safe-haven investment that has withstood the test of time.

What does this mean for you?

With inflation rising, international threats to the U.S. dollar’s global dominance looming, and the future of the U.S. dollar being called into question, investing in alternative currencies like gold is a proven way to diversify your portfolio and protect and grow your wealth.

Remember, the U.S. government can never print gold. And, gold is not attached to any government liabilities or debt.

Gold is money, pure and simple, and it is recognized in every country around the globe. Gold is a true international currency.

When that occurs do you want the majority of your assets tied up in a weak, fiat currency?

It is a rationale concern to question the future of the U.S. dollar – and fortunately there is a solution – increase your allocation to tangible assets like gold.

More than ever it makes sense to buy and own tangible assets like gold bullion. Unsure how much is appropriate for you? Talk to a Blanchard portfolio manager and we can walk you through a process to determine the amount that is right for you.

Gold has been used as money since around 550 BC. No matter the developments in the digital currency realm, even in the year 2051 and 2071– gold will be recognized as money. You can take that to the vault.