Gold climbed steadily throughout the fourth quarter ending the year at a six-month high as investors clamored for the safety and security of precious metals in today’s increasingly turbulent environment. 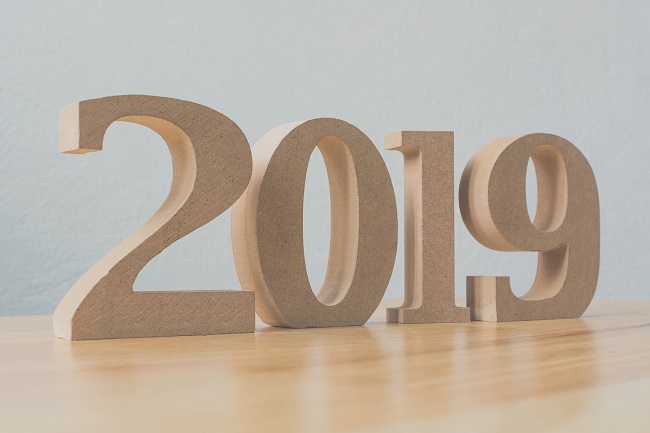 The U.S. stock market recorded its worst December since the Great Depression.

The stock market closed out 2018 with the worst yearly decline since the 2008 Global Financial Crisis.

Could the lengthy bull market in stocks be ending?

The fourth quarter 2018 could prove to be a pivotal cycle change for financial markets. Here’s what we saw over the last three months.

The stock market gained in the first half of 2018 in large part due to unprecedented and overprescribed fiscal stimulus from Washington D.C. (tax cut package). While the fiscal stimulus provided an artificial lift to economic growth in the stock market in the early part of 2018, America will be left with a hefty hangover in 2019 and beyond as the deficit climbed sharply in direct response to those dramatic tax cuts.

Half of individual investors now describe themselves as “bearish” for the first time since 2013.

“Market volatility and worse-than-anticipated returns are influencing individual investors’ outlook for the stock market. Also having an influence are Washington politics (including President Donald Trump and the change in House leadership), tariffs (particularly the ongoing trade war with China), corporate earnings, the Federal Reserve, valuations and concerns about the pace of economic growth,” AAII said.

The Investment Case for Gold Is Powerful Right Now

If you have money invested in stocks through a 401k or IRA, you may be feeling a little nervous right now. Rightly so. You aren’t alone. Rising anxiety is one of the reasons that gold prices climbed 8% in the fourth quarter as investors know gold is a powerful stock market hedge and a proven store of wealth. When stocks fall, gold prices historically climb – often sharply.

Government Shutdown and Divided Government in 2019

As the New Year opens, the U.S. government remains in the midst of its third federal government shutdown of 2018.

Over the next few months, Americans will get a taste of how the divided government could function throughout the second half of President Trump’s term.

Brace for legislative gridlock. Expect both political parties to have a hard time delivering on their campaign promises with a divided Congress. The spirit of political compromise and willing to work across the aisle doesn’t exist in the current environment.

In December, the Federal Reserve hiked interest rates again, nudging the official funds rate to 2.25-2.50%., The big news out of the December meeting were hints the Fed would only raise interest rates twice in 2019, not the previously expected three.

The Federal Reserve meets next on January 29-30.  Few on Wall Street expect another rate hike to come so soon in January.

Downside risks are real for 2019. The stock market is forward looking. The global economy is expected to slow in 2019. This slowdown will likely be led by the US, where a combination of higher interest rates and the fading effects of the unprecedented Tax Cut-fiscal stimulus will start to weigh on the economy.

While the U.S. economy was still growing in late 2018, the risk is that recession could become a self-fulfilling prophecy. Expect stock market volatility to continue, or worse a serious bear market to unfold. The trade war with China will continue to make headlines in 2019 as tariff talks continue to unfold.

Protect and Preserve Your Portfolio with Tangible Assets

A broad sense of unease is dominating the landscape as we move into 2019. Market volatility will likely persist throughout the year.

This is a difficult time for investors. The fourth quarter stock market plunge is alarming. If you haven’t fully diversified and protected your portfolio with tangible assets, act now to implement this proven wealth building strategy.

Remembering the importance of diversification and investing in tangible assets can help you not only survive – but thrive during these turbulent times.