Stocks in the US closed out the final week of August with a bang. Major stock indices rose the most on a weekly basis for all of 2017 amid signs of a strengthening economy and favorable economic data. 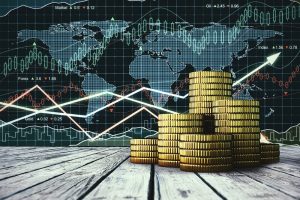 Although stocks initially sold off on Tuesday of last week, markets quickly rebounded on an intraday basis and managed to close positive for the entire week.

The Nasdaq Composite Index had its best weekly rise of the whole year as it finished with a weekly gain of 2.7%. Most of the Nasdaq’s gains came from the biotech sector. The Nasdaq Biotechnology Index finished the week nearly 8% higher following groundbreaking FDA approvals and bullish industry merger news involving one of the largest biotech companies, Gilead Sciences (GLD).

Following in the footsteps of the Nasdaq, the S&P 500 closed the week with a nice gain of 1.4%. The Dow Jones Industrial Average, however, trailed behind with a weekly gain of 0.8%.

Many analysts were impressed yet equally cautious with last week’s gains because of the extremely low liquidity ahead of Labor Day weekend.

“It’s hard to draw any real conclusions on the activity in the market this week because volumes are just so low,” said Art Hogan, chief market strategist at Wunderlich. He went on to note how “you could basically see volume decrease by the hour,” when referring to last week’s gains coupled unusually light trading volume.

Although the hiring pace slowed and the unemployment rate rose slightly, job wages rose less than expected. According to the Labor Department, hourly average earnings ticked up just 0.1% from the prior month. Market participants were expecting a wage increase of 0.2%.

Slower than expected wage growth is particularly bullish for stocks, but it’s also bullish for precious metals. This is primarily due to the fact that wages are still rising at what seems to be a perfect rate.

Continued wage growth will likely cause more consumer spending, which is a direct boon to the economy, but this level of low wage growth may alter the Federal Reserve’s rate-hike agenda.

“It’s right now in the sweet spot where it’s enough to drive consumption but not enough to lead inflation jumping up so the Fed feels it needs to be more aggressive. It’s also not affecting profit margins yet,” said Sameer Samana a global quantitative analysts at Wells Fargo Investment Institute.

Lingering nuclear drama from North Korea and a plausible delayed rate-hike path was enough to send gold for September delivery soaring 2.5% for the week; it’s largest weekly rise in well over a year. September gold futures traded as high as $1,334.5 per ounce on Friday before closing at $1,329.90 to make a new YTD high.

Besides the perfect amount of wage growth, other economic data also points to a likely delayed rate hike. August’s job creation of 156,000 with an unemployment rate of 4.4% is leading many analysts to speculate that the Fed might actually hold off on rising rates another time in 2017.

The current consensus is that the Fed will hike rates one more time in 2017. However, if this doesn’t happen due to economic data that has the perfect balance of helping the overall economy but causing the Fed to hold off on interest hikes, it will likely be a direct boon to both stocks and everybody’s favorite precious metal – gold.