Take Three: What Tariffs, Space and Fair Trade Mean for Gold - Blanchard and Company
My Account

Want to make some gold? All you need are a few colliding neutron stars. 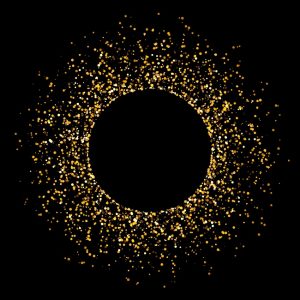 Call it the tariff tailspin. Trump has levied tariffs in an attempt to equalize the global trade playing field. The result: stocks plummeted. “Washington is going to dominate market action until Q1 earnings season kicks off in a few weeks,” remarked the co-founder of DataTrek Research. Meanwhile, the Volatility Index is rising as equity investors become fearful of what higher trade costs and muted growth will mean for stocks in the short-term and long-term. Their concern is well-founded; the moves could have implications for up to $60 billion of imports from China. The story for gold, however, has been different. Gold future increased 3% to $1,350 an ounce inching closer to its 52-week high of $1,362.40. “Further strength without additional dollar weakness would signal that bullion is becoming more sensitive to tariffs/trade war, and Trump’s recent cabinet replacements,” remarked an analyst with Institutional View. Additionally, silver picked up another 1.4% this week reaching $16.59 per ounce marking its highest price since March 9.

Want to make some gold? All you need are a few colliding neutron stars. This was a recent scientific discovery coming from volumes of globally sourced data. In August of last year, researchers around the world made a united effort to observe a burst of gravitational waves in what one journalist calls “tiny ripples in the fabric of space.” They learned that when neutron stars crash into each other gold forms and is jettisoned into the universe. Scientist theorize that this natural phenomenon explains the origins of the precious metal on Earth. The immense force of these collisions is difficult to overstate. Each of the two colliding stars carries as much mass as the sun compressed into a sphere only slightly larger than six miles wide. “We estimate that the collision created about as much gold as the mass of the Earth,” remarked Professor Andrew Levan of Warwick University. That’s one serious pay day.

Independent, non-profit organizations are leading the charge for more ethical standards in gold mining operations. They are offering certifications for companies that use both responsible working standards and pay fair wages. More jewelry manufacturers are taking note and converting their stock and production to fair trade gold only. This drive for sustainable gold has led some to delineate between traceable gold (that which can be proven to come from a certified source) and non-traceable gold. However, ensuring ethical practices carries a cost, in some cases certified gold costs an additional $4,000 per kilo. Today, fully certified mines can be found in Peru, Uganda and Kenya. As more retailers and consumers opt for fair trade the implications for all mines could be substantial given that approximately 78% of the world’s gold is turned into jewelry. For example, Swiss watch and jewelry maker Chopard has invested substantially in making their gold traceable. “The investment today will absolutely pay back in the long term,” remarked Caroline Scheufele, the co-president.