What do the rate you pay for your car loan, your credit card interest rate and mortgage loan all have in common? They are all based on the Federal Reserve’s benchmark interest rate.

While many investors don’t pay much attention to what goes on behind closed doors at the central bank, its policies affect markets and your pocketbook. 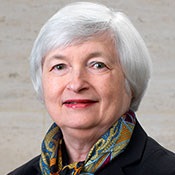 Janet Yellen, chair of the Federal Reserve took office in February 2014. Her term is set to expire in January 2018.President Trump has said that he will replace Yellen.

That’s generally good news for borrowers, as loan rates tend to be lower. For savers and others who are looking for an income stream off of traditional types of vehicles (such as savings accounts or certificate of deposits) it’s been downright bad news since the global financial crisis hit in 2008.

In recent years, Fed Chair Yellen has been attempting to bring interest rates higher – to a more historically normal rate. The goal is to normalize interest rates so if another recession hits, the Fed will be able to stimulate the economy with lower rates.

Various stumbling blocks from concerns over global growth, to uncertainty in the wake of Brexit, to sluggish economic growth and low inflation have all tied the Fed’s hands in recent years and interest rates remain extremely low.

Monetary policy is only one factor that affects gold prices. There are many more including stock market volatility, rising inflation, geopolitical uncertainty and overall financial conditions.

We at Blanchard and Company believe that most of our clients benefit by talking to one of our Portfolio Managers before they make any purchase.  The precious metals market is complicated and in constant flux.  We follow it far more closely than the average person, even diehard gold bugs.  Getting a second opinion before you buy can dramatically improve your purchasing power and avoid making a bad purchase.  We can also help educate you on topics such as IRA’s, inheritance, storage, diversification and more. Contact us at 1-800-880-4653.